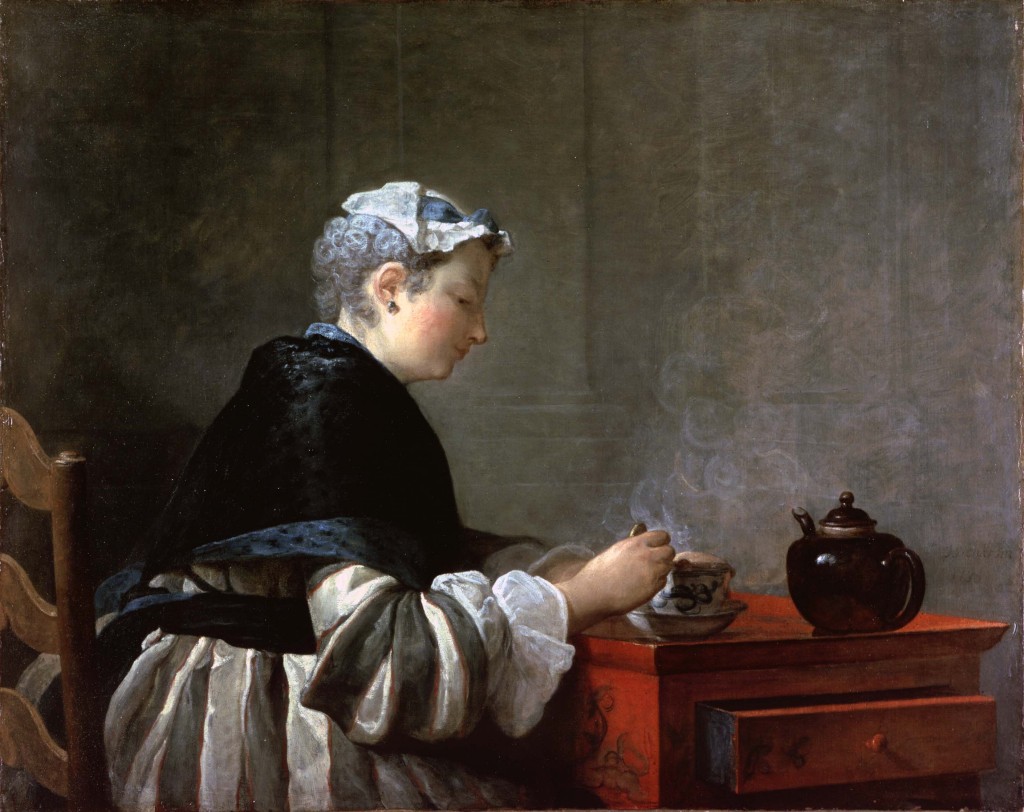 Ah. A nice cup of cha. We can all relate to this. There's just no excuses, people. What do you suppose is in the slightly opened drawer? Something to work with here, we think.

This beautiful masterpiece by the French 18th-century painter, Jean-Siméon Chardin, was voted Scotland’s second favourite painting by readers of The Herald newspaper. An evocative image of a lady drinking tea, it probably depicts Chardin’s wife, Marguerite Saintard, who died only two months after the painting was completed. Acquired by our founder, Dr William Hunter (1718-1783), it is part of a small but significant group of Old Master paintings that includes works by Rembrandt and Rubens.