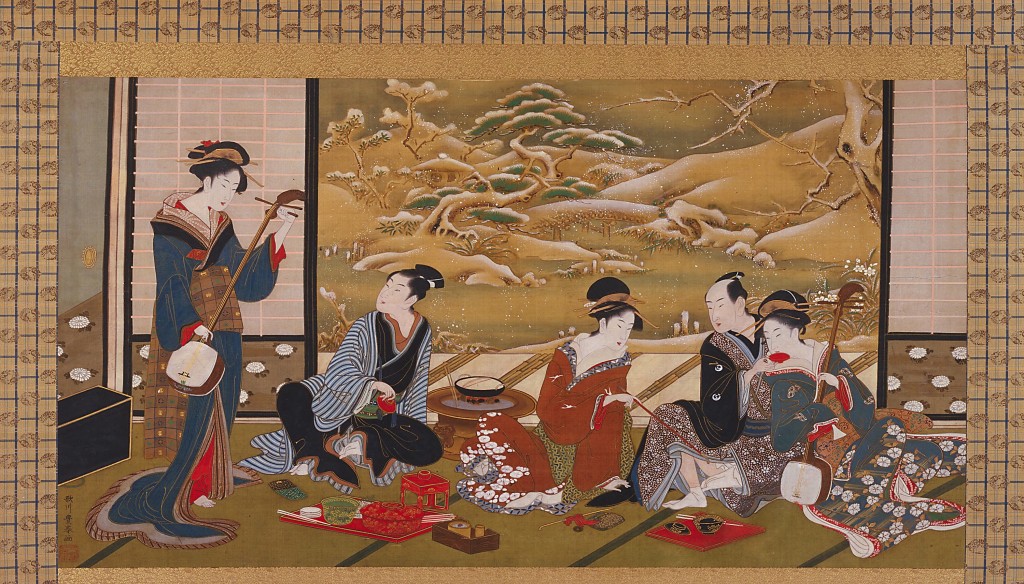 Because of its beauty, lightness, and durability, lacquer was widely used in Japan for utensils and containers to serve food and drink. A number of lacquer utensils are in this scene, many of them embellished with gold maki-e (decoration of sprinkled gold or silver powder).

To the right, an entertainer holding a shamisen (a stringed instrument played with a plectrum) sips sake from a red lacquer cup held by a wealthy person. Before him is a red lacquer tray holding a black lacquer soup cup and a pair of chopsticks, probably made of ivory. Beside the tray is his tobacco pouch with the attached netsuke (toggle), which would suspend it from his sash.

At left is a young dandy, holding his red lacquer sake cup as he gazes transfixed at the young shamisen player tuning her instrument. In the foreground are a red lacquer stand and tray holding dishes and containers of food. The doors to the veranda are open to a wintry garden scene, a peaceful contrast to the warmth and gaiety within the house.