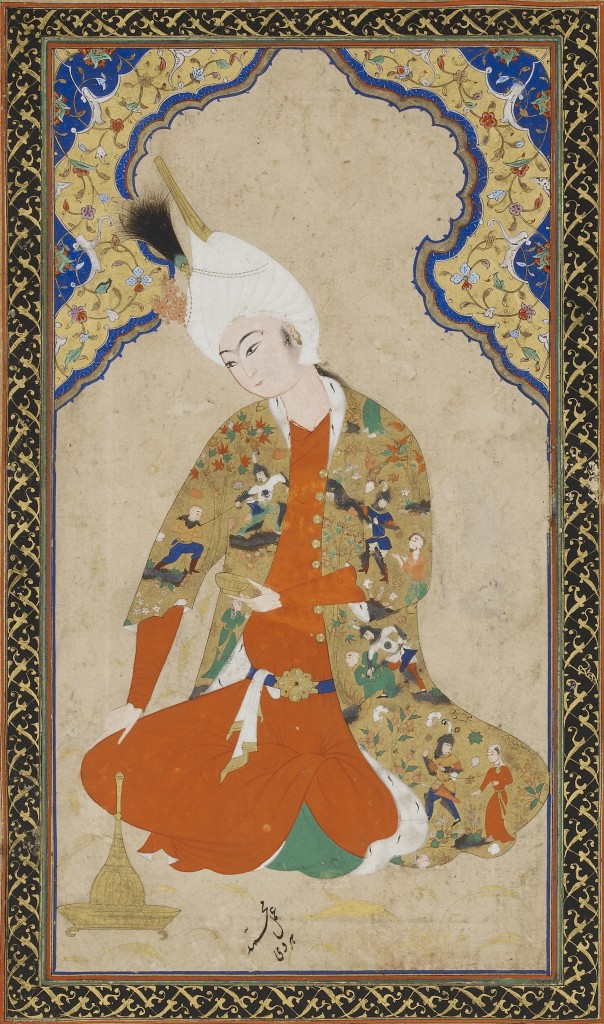 Clear selfie potential here! Your main challenge consists in the recreation of the ornamental overall impression of the artwork. You best achieve this by choosing a plain background, wearing monochrome (orange) cloths under a very colorful coat - and of course - by wearing a turban! If you have a persian rug, you can also decide use it as backdrop for your recreation. They very often feature the typical "Mihrab" arch, that frames the Prince in our artwork.

After the late fifteenth century in Iran, artists not only worked on illustrated manuscripts, but they also composed individual paintings and drawings that were gathered in albums.

Among the most popular subject matter for these compositions were elegant, often contemplative, young men and women. Like this meticulously dressed youth by Muhammad Haravi (whose name indicates that he is from the city of Herat), the figures were idealized and frequently portrayed with certain props, such as a book, wine cup, or flower.

Such images may no longer relate directly to specific texts, but they can be interpreted as visual evocations of certain Persian poetic conceits, such as youthful beauty, the solace of wine, or yearning for the beloved.