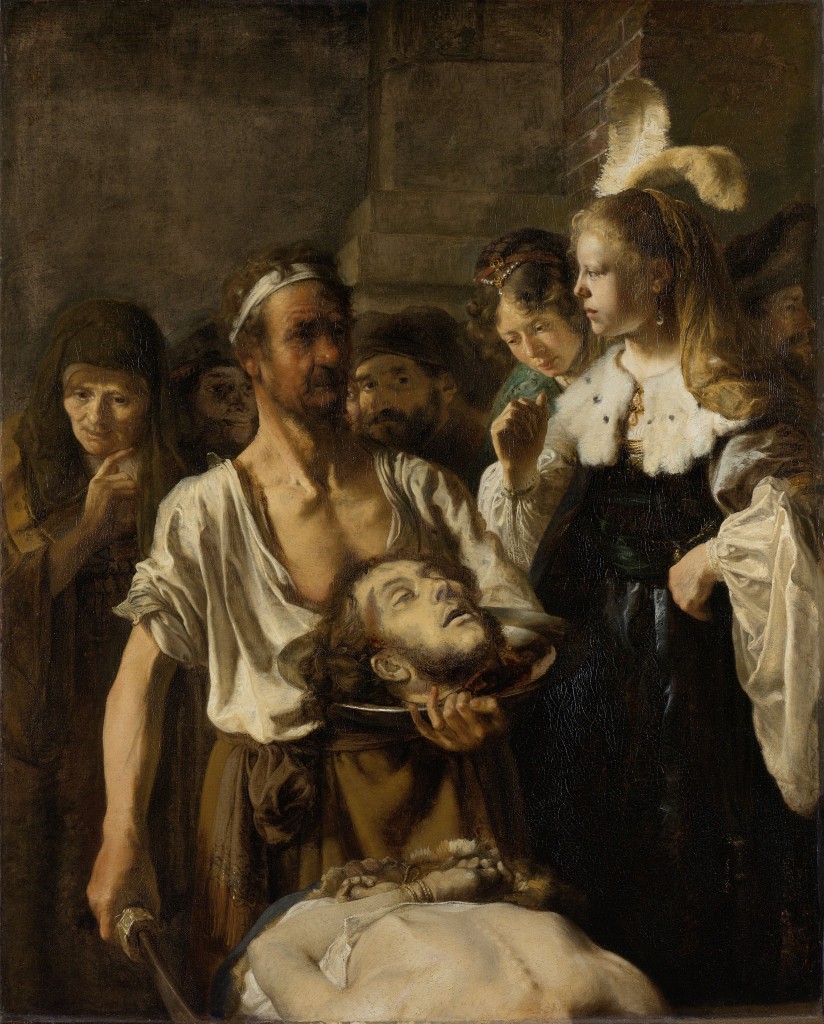 Please don't harm anybody when recreating this painting! Feel free to recreate it in a creative way: use props, or a cake or maybe someone is just holding his head as if it was on a silver plate. It's a challenge for a master, so surprise us!

Scenes from the events around the death of John were an extremely common subject in art.  According to the Synoptic Gospels, Herod, who was tetrarch, or sub-king, of Judea under the Roman Empire, had imprisoned John the Baptist because he reproved Herod for divorcing his wife and unlawfully taking Herodias, the wife of his brother Herod Philip I.

On Herod’s birthday, Herodias’s daughter Salome danced before the king and his guests. Her dancing pleased Herod so much that in his drunkenness he promised to give her anything she desired, up to half of his kingdom. When the daughter asked her mother what she should request, she was told to ask for the head of John the Baptist on a platter. Although Herod was appalled by the request, he reluctantly agreed and had John executed in the prison.

The painting of Fabritius shows the scene when the head of Saint John is presented to Salome, on a platter.

Carel Fabritius studied in the early 1640s he at Rembrandt’s studio in Amsterdam. Of all Rembrandt’s pupils, Fabritius was the only one to develop his own artistic style.

In the early 1650s he moved to Delft, and joined the Delft painters’ guild in 1652. Unfortunately he died young, caught in the explosion of the Delft gunpowder magazine on October 12, 1654, which destroyed a quarter of the city, along with his studio and many of his paintings. Only about a dozen paintings have survived.