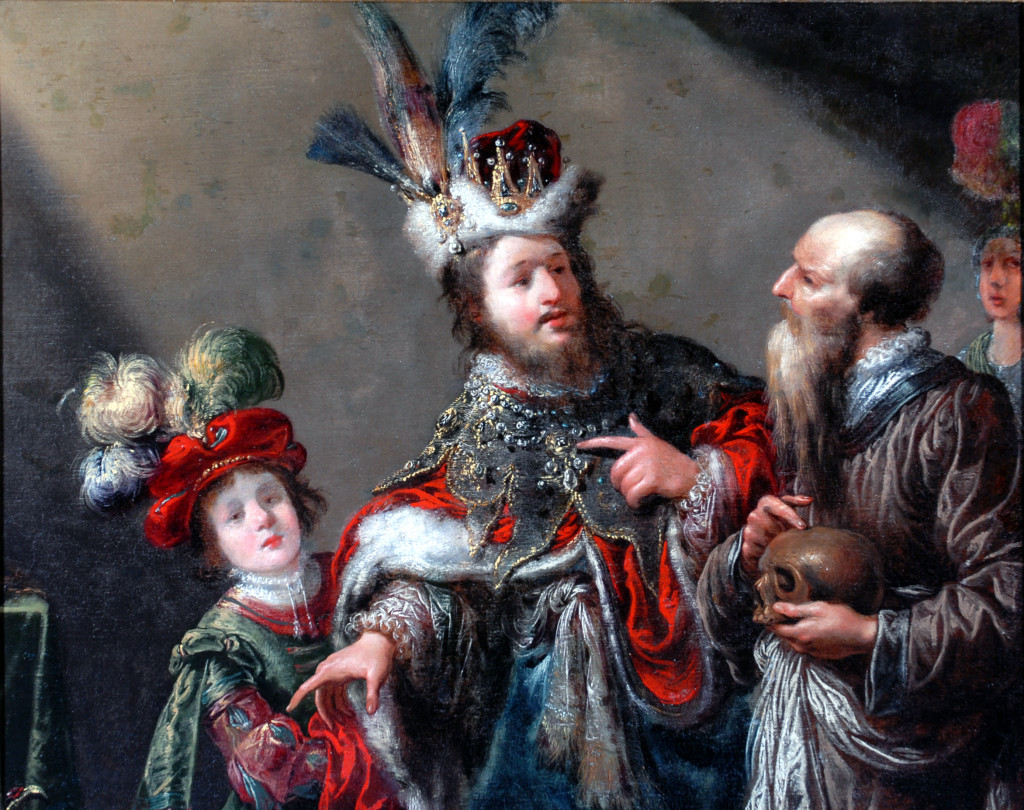 Use the biggest and most elaborate hat you can find - and don't forget to find a less crazy one for the person posing as the young boy. Although part of this painting has been lost, you might consider creating a your own pile of riches for the central figure to point at. What would these treasures be? This is a great recreation for three generations to try.

Despite the crazy costumes used in this painting, there is a serious philosophical question behind it: what is happiness?

You may have heard the phrases “rich as Croesus” or “richer than Croesus” and wondered what they meant. Croesus was the King of Lydia (in what is now modern-day Turkey) in the 6th century BC and was renowned in the ancient world for his wealth.

The central figure wearing the extraordinary feathered crown in this painting is Croesus and the older man on the right is Solon, an Athenian statesman. According to the ancient historian Herodotus, Croesus and Solon debated the subject “which man is happy?”. Croesus believed that his wealth secured his happiness, but Solon advised him, “Count no man happy until he be dead”, meaning that real happiness is fickle.  The bottom half of the painting is missing, but it represented a pile of riches that Croesus is pointing at.

Croesus dismissed Solon’s advice, but found his wealth could not shield him from the premature death of his son Atys (the young boy in the picture) and the loss of his kingdom to the Persian king Cyrus the Great. Croesus was said to have only acknowledged the wisdom of Solon whilst waiting to be executed by Cyrus.