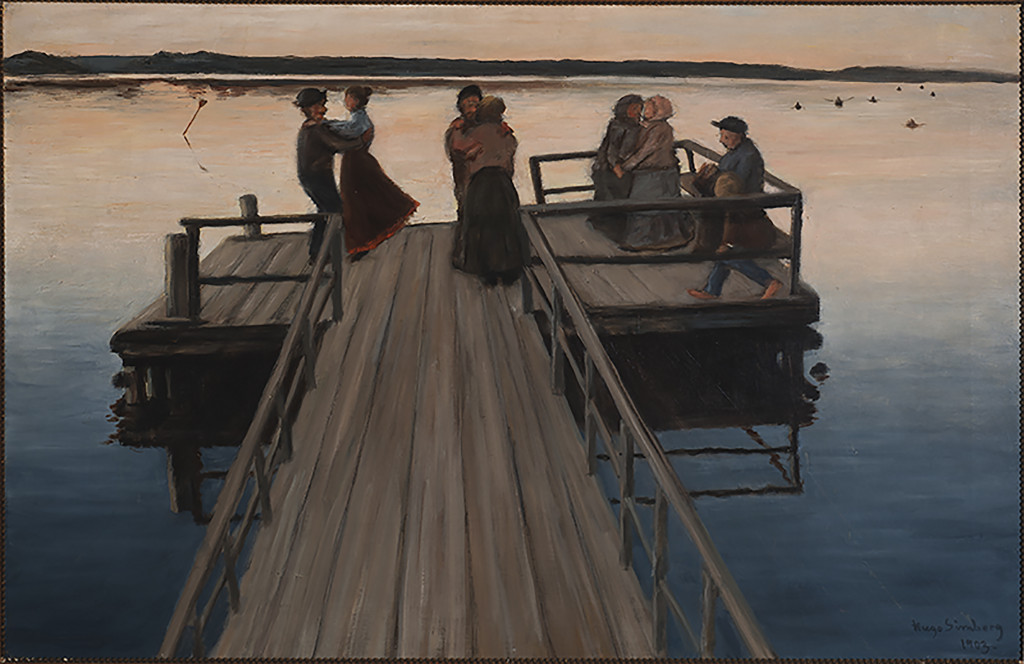 This could be a great recreation to do at a party, particularly a BBQ or outdoor event. Try to get a sense of movement in your recreation by actually dancing rather than just posing.

Hugo Simberg was a Finnish artist, known for paintings where the life of Finnish peasants was set to the unique fantasy world created by the artist, or combined with the allegories of Western art. In the works by Simberg, it was not uncommon to see a pale white personification of frost sitting on the top of a pile of sheaves blowing ice cold air from his mouth like Boreas, the ancient Greek god of North Wind.

Dance on the Jetty can be seen on one hand as an idyllic depiction of Finnish summer night, on the other hand in a wider art historical context. Peasant men and women have gathered on the jetty to enjoy the midnight sun and dance their troubles away. So it seems at a first glance. It is interesting, however, that the artist made earlier another version of the same theme where skeletons are asking women for a dance. This can be seen as a reference to Dance of Death, or Dance Macabre, the medieval allegory of passing away.

This gives Dance on the Jetty a deeper meaning. Just like life itself, the Finnish summer is ephemeral, and because of that so precious. Hugo Simberg seems to remind us to seize the moment. Tomorrow it may be already too late.