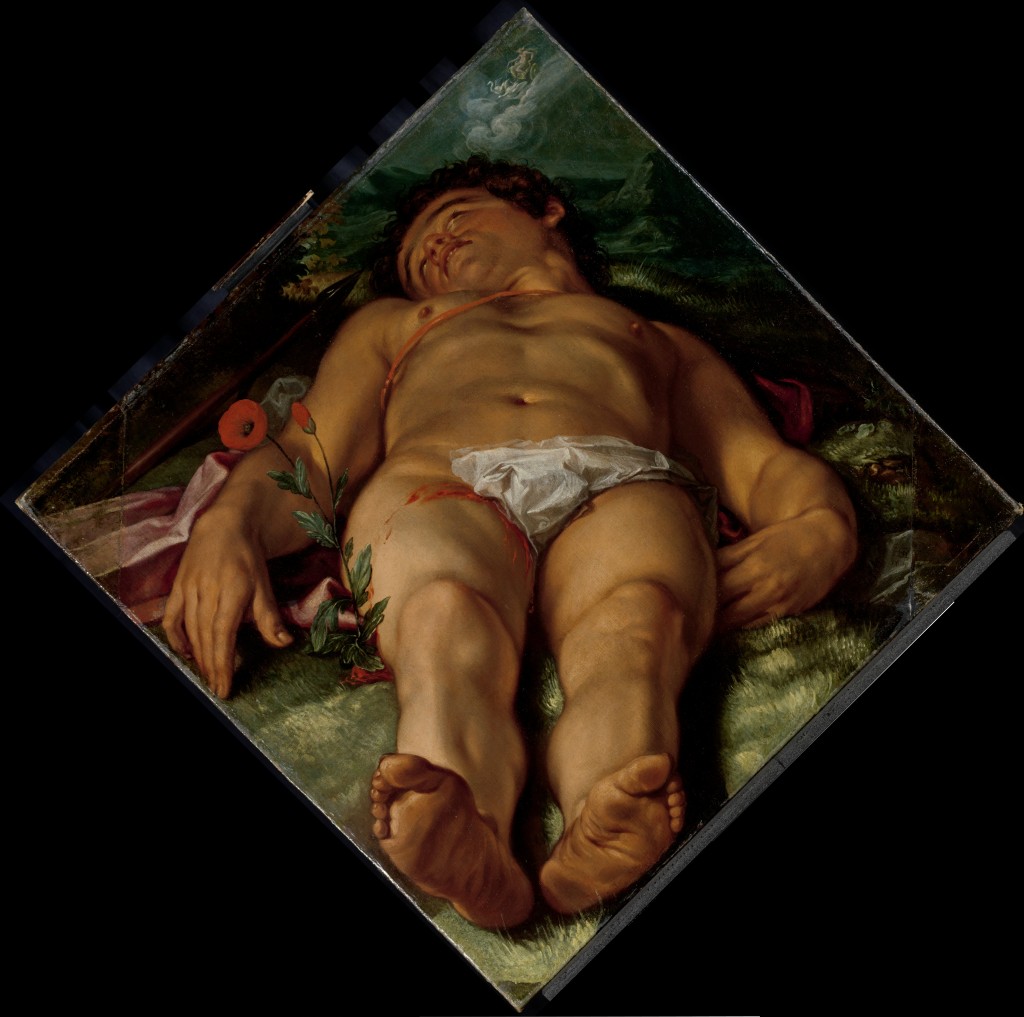 Pay attention to the flower that grows next to Adonis. It's a symbol for his rebirth. But the real challenge for recreating this painting is its unusual diamond shape. Maybe you could use a black card board, held in front of your camera, to create the effect?

Adonis is the greek god of beauty and desire, and is a central figure in various mystery religions. His religion belonged to women.

There has been much scholarship over the centuries concerning his meaning and purpose in Greek religious beliefs. He is an annually-renewed, ever-youthful vegetation god, a life-death-rebirth deity whose nature is tied to the calendar.

The painting of Goltzius depicts the best known version of his death: Adonis was killed by a wild boar, said to have been sent vicariously by Artemis. When he died she sprinkled the blood with nectar, from which sprang the short-lived anemone, which takes its name from the wind which so easily makes its petals fall.

Goltzius depicts Adonis also in the pose of the dead Jesus, using the extreme perspective that has been made popular by the italian painter Mantegna in the 15th century. Hence he connects antique mythology with christian belief, ancient and contemporary interpretation of rebirth and afterlife.