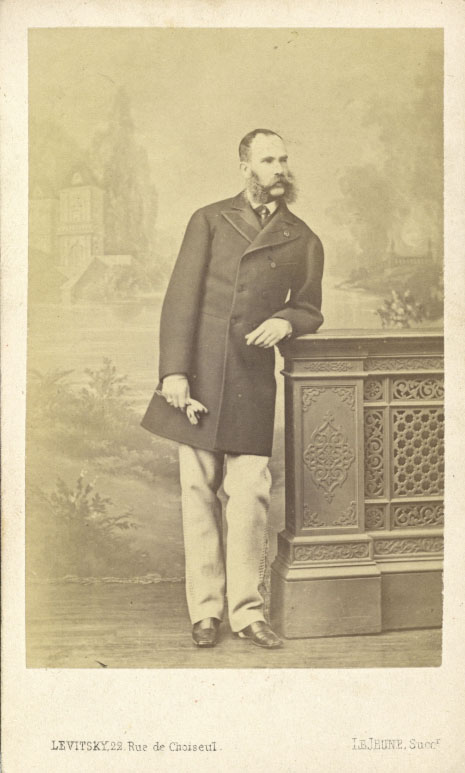 Not got the right wall paper? Why not get outside and look for a scenic backdrop? Then its all down to the nonchalant pose.

Emperor Franz Joseph I dresses down in civilian clothing  during a visit to the French Imperial court.

By the end of his reign, the monarch had seen the Habsburg Empire lose its holdings in both Italy and Germany until it had become mainly an eastern European power. Franz Josef was sensitive to these losses and was determined not to allow further decay of the empire by losing Austro-Hungarian holdings in the Balkans to Serbia. It has been said that he was “the last monarch of the old school”.

Despite these political beliefs he was immensely popular among all the various national groups that comprised his kingdom. This can be attributed to the above average standard of living that his subjects enjoyed. By 1914 he rarely left his palaces but it was not out of fear of assassination.

Source: Trenches on the Web and Austrian National Library