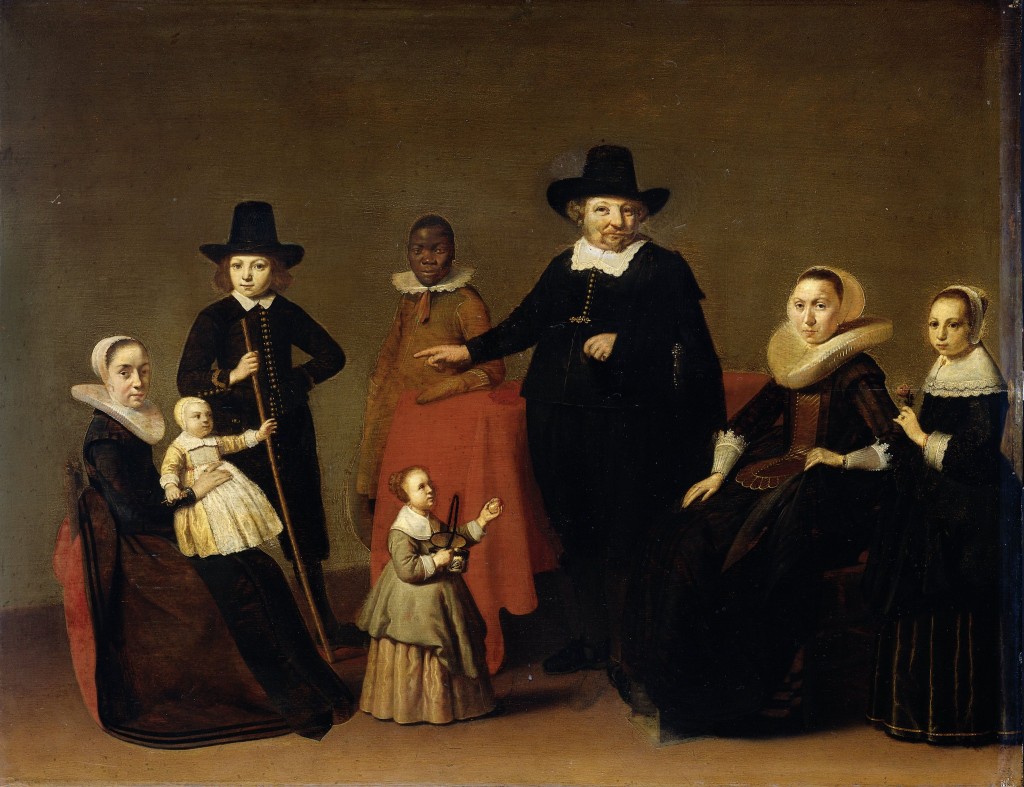 This is relatively easy: you just need a plain room and two chairs.

This family portrait of a rich Amsterdam family from the early 17th century is an interesting painting in terms of the cultural history of the Netherlands with a very sad backdrop: the man with african origin indicates that the merchant has probably made his fortune with slave trading.

Although slavery was illegal inside the Netherlands it flourished in the Dutch Empire, and helped support the economy. By 1650 the Dutch had the pre-eminent slave trade in Europe.

Willem Cornelisz Duyster was a Dutch Golden Age painter from Amsterdam, best known for his “guardroom scenes” showing the military life.  According to the Netherlands Institute for Art History his name was taken from his house on the Amsterdam Koningstraat, which was called “De Duystere Werelt”, which means: the dim world.

Unfortunately, this names proved to be some sort of foreshadowing, because Duyster’s career was cut short when he succumbed to the plague in 1635.