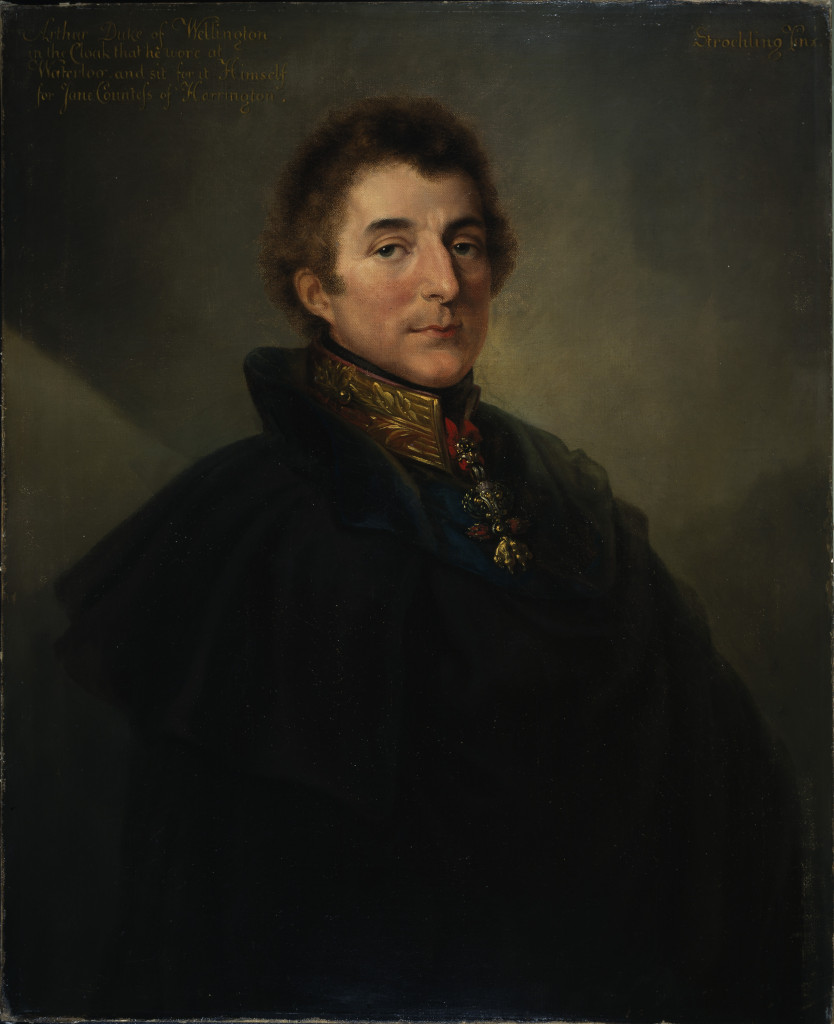 You've saved Europe from the clutches of Napoleon - Go!

Arthur Wellesley (1769-1852) was commissioned in 1787 and saw action in the Netherlands during the Wars of the French Revolution (1793-1795). He then served in India where he conducted a number of successful campaigns, including the 2nd Maratha War (1803-1805). In 1809 he was appointed to command the Allied Armies in Portugal and Spain. He campaigned there for the next five years, finally carrying the war into France in 1814. He was created Duke of Wellington on 3 May 1814. In 1815 he commanded the Allied Army which, together with the Prussians, finally defeated Napoleon at the Battle of Waterloo on 18 June 1815. Wellington subsequently embarked on a political career and was Prime Minister from 1826 to 1830.

Wellington later said that, during the Battle of Waterloo, he put his cloak on and took it off about 50 times. An inscription at top left of this portrait refers to Wellesley, wearing ‘the cloak he wore at Waterloo’, sitting to Stroehling for Jane, Countess of Harrington.