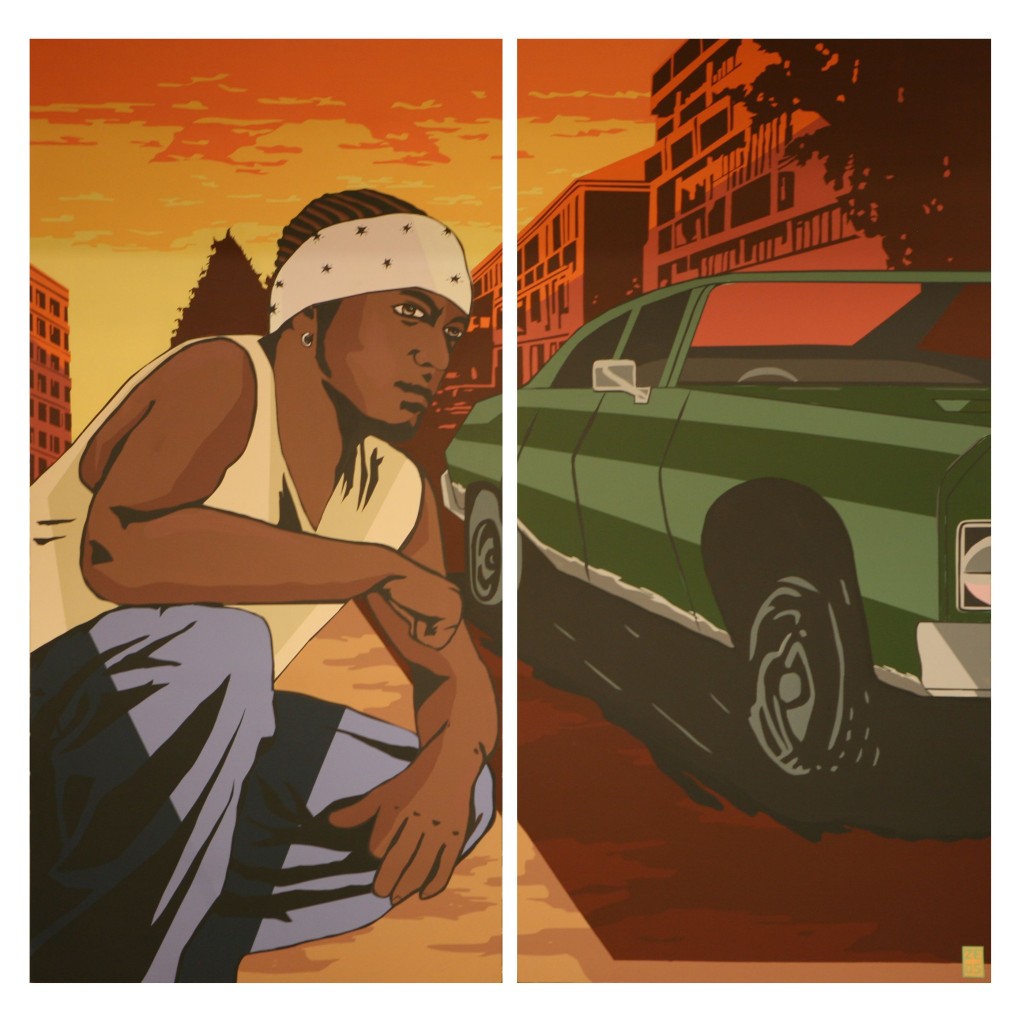 Although a relatively simple pose to recreate, the trick will be to match the man's outfit and the colour of the car passing him as closely as possible.

Zena Elliott is a contemporary New Zealand artist whose work draws on popular culture – including games such as Grand Theft Auto – and abstract art which she then blends with Māori concepts. One concept central to traditional Māori knowledge is whakapapa, which loosely means genealogy. It is a complex framework that links and binds all things.

An elder from New Zealand’s East Coast,  Āpirana Ngata has described whakapapa as ‘the process of laying one thing upon another. If you visualise the foundation ancestors as the first generation, the next and succeeding ancestors are placed on them in ordered layers.’

By weaving these concepts with contemporary Western painting, Zena’s works buzz with the ihi (power to mesmerise) and wehi (power and might) of a stirring haka, yet still remain accessible to a global audience.

Perhaps you could choose clothes a props that symbolise your own past histories when you recreate this painting.