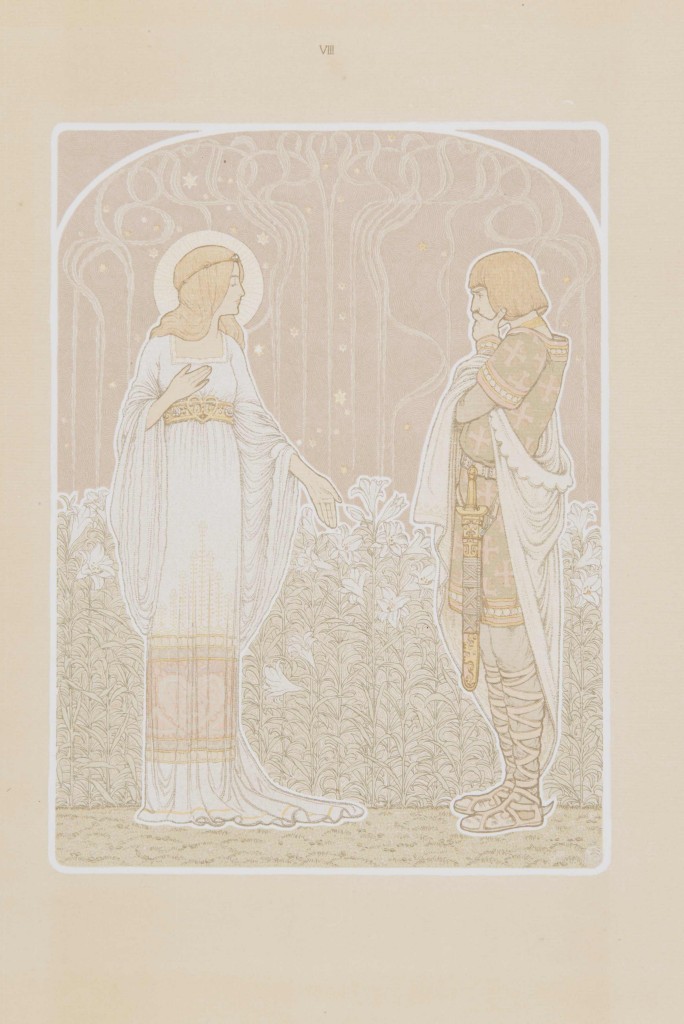 On the background of the illustration we see a lot of white lilies, in the art world referred to as 'Madonna lilies'. The princess is pointing to the lily in the middle of the scene. It looks like the princess is in fact a personification of the Madonna in this scene, judging from the halo around her head. The prince holds his hand to his mouth and it seems like he doesn't know what to do or what to think of this situation. Maybe he just heard a shocking message from the princess and needs some time to process it. But it almost seems unlikely, because the scene has a soothing and peaceful glow to it. We should assume the princess just told the prince wonderful news and he can't believe it's true.

The undisputed highlight of the oeuvre of graphic artist, draftsman and painter Henricus Jansen has been the publication he made in 1903 of the well-known medieval story of lord Halewijn. The edition stands out by its graceful and cosy design and use of colour. The use of colour is even smoother and more subtle than that of Alphons Mucha, the grandmaster of the Art Nouveau-poster art. Henricus Jansen had seen Mucha’s work while visiting Paris in the last decade of the 19th century. That the delicate colours have been preserved so well is mainly thanks to the printer.