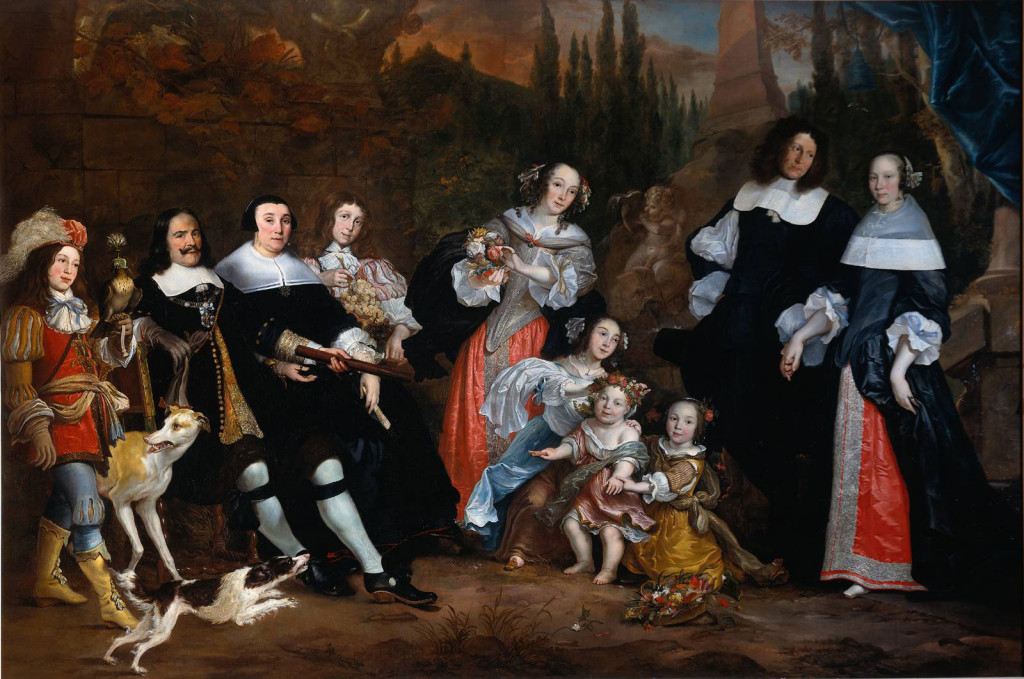 You need a big family. Or many friends. Or a small school class. And pets. There are many ways to recreate this painting. But it is important to vary the size (or age) of the people in the image. Try to give a rhythm to the composition by grouping the persons in small subgroups and by choosing carefully what the people wear: some wear black, some wear colourful cloths. And of course pay attention to your gestures. They connect the different persons in the image.

Michiel de Ruyter (1607-1676) is the most famous and one of the most skilled admirals in Dutch history.  De Ruyter is most famous for his role in the Anglo-Dutch Wars of the 17th century. He fought the English and French and scored several major victories against them.

De Ruyter was highly respected by his sailors and soldiers, who used the term of endearment Bestevaêr (old dutch for “Granddad”) for him, both because of his disregard for hierarchy, being himself of humble origin, and his refusal to back away from risky and bold undertakings despite his usually cautious nature.

Almost every town in the Netherlands has a street named after him. But respect also extended far beyond the borders of the Republic.

The painting of the Dutch Golden Age master Jacobson shows de Ruyter in the centre of the group on the left. He holds his admiralty staff in his left hand and points to the group of smaller children playing in the foreground. These children were born by  his third wife, who sits next to him, dressed in black. The other persons in the painting are his children from his former wives, who all have died before him.

This image shows us not only the portrait of a wealthy Dutch family from the Golden Age. It also shows us, how low the expectation of life was at the time, especially for women who dyed frequently in the child bed.