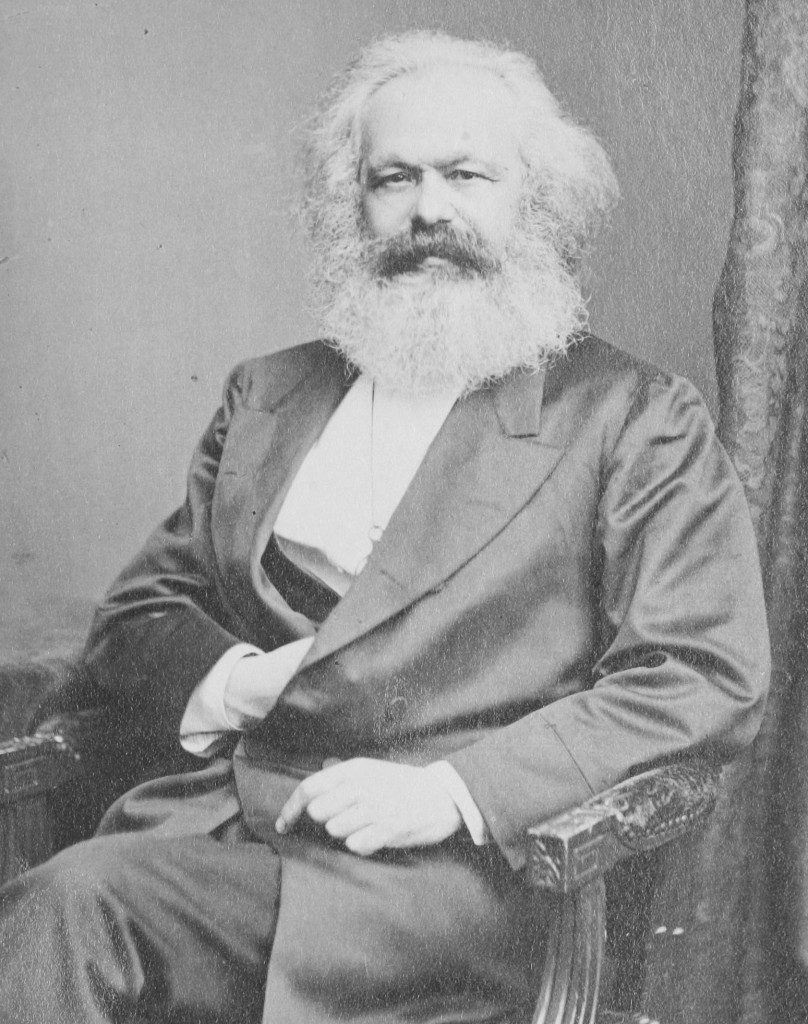 The monumental head of Karl Marx in this photo, with its beard and a bit wild hair has later on inspired many of the artists, who had to create gigantic statues on the squares of Karl-Marx-Stadt or Moscow in his honor. You just need to do the same: try to wear a big white beard and look straight into the camera with an intense stare. Pay attention to the little detail which is his right hand slipped into the suit. It's the same gesture that you know from Napoleon's portraits. A coïncidence? Rather not.

Karl Marx, born 1818 in Trier (Germany) and dead 1883 in London was a German philosopher, economist, sociologist, historian, journalis and revolutionary socialist. Marx’s work in economics laid the basis for the current understanding of labour and its relation to capital, and has influenced much of subsequent economic thought.

Marx has been described as one of the most influential figures in human history. Governments self-professedly supporting Marxism took power in a variety of countries in the 20th century, leading to the formation of such states as the Soviet Union in 1922 and the People’s Republic of China in 1949. Many labour unions and political parties worldwide are influenced by Marxism, some supporting ideological variants.

Many official portraits, statues and other representations of Karl Marx derive from this photo taken by the English pioneer of photography, John Mayall. He considered himself an artist rather than a straightforward commercial portrait photographer.