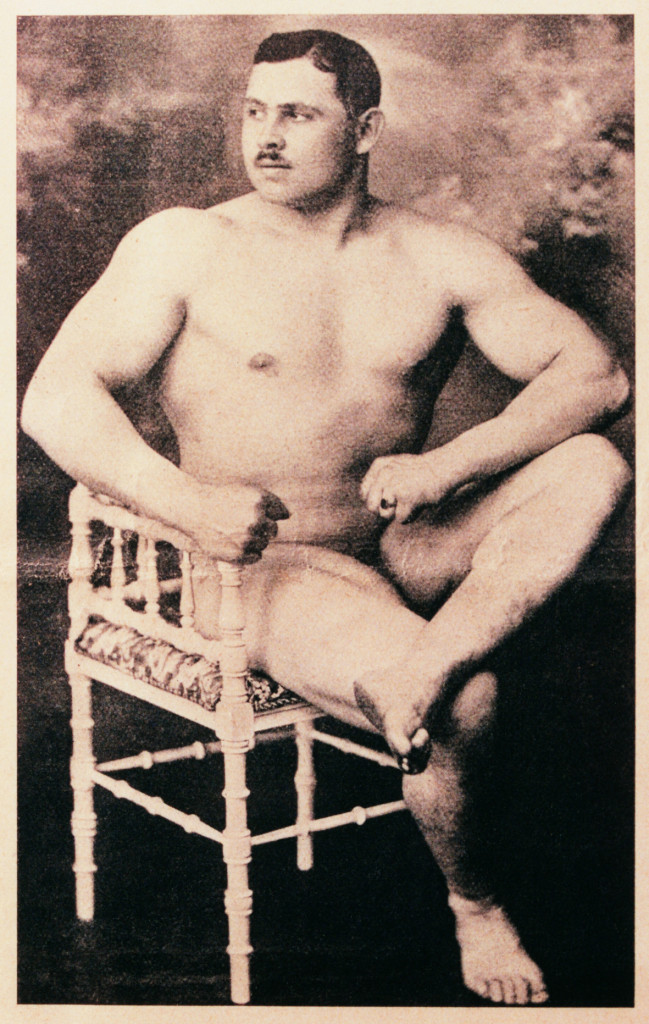 You just need to be strong, nude (cover your private parts!) and sit on a chair. That's all. Easy! Except for the strong part maybe.

Paul Trappen probably is the strongest man who ever lived: he managed to lift two living oxen weighing more than 2000 kg – that is more than two tons! Lying on his back, he could push up a board with more than 20 people sitting on it! No wonder that he became a legend at the Circus Barnum & Baileys.

Paul Trappen died in 1957 at the age of 70 in Trier. Together with emperor Constantine the Great and Karl Marx he is one of the famous sons of this oldest town of Germany. Regarding popularity with the people, he is unrivaled and the locals still refer to him, when they speak of a strong person as “strong as Trappen’s Paul”.