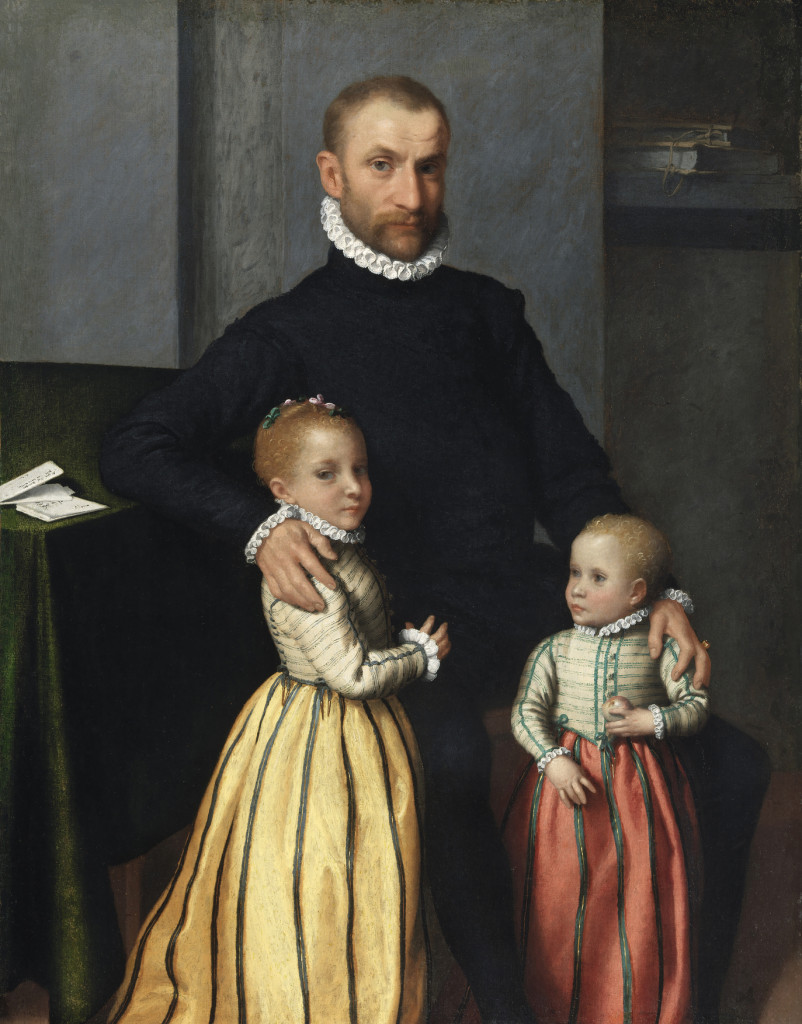 This makes for a lovely family portrait, despite the stern expression on the father's face. The children should wear bright contrasting colours in comparison to the father's sombre attire.

Moroni is considered to be one of the greatest Renaissance portrait painters, best known for his realistic and elegant portraits of the nobility and clergy. He had a gift for capturing his sitter’s exact likeness, creating powerful portraits that capture a high level of psychological depth and immediacy.

This intimate portrait of a father embracing his two children protectively is quite a rare example of Moroni’s work as he generally portrayed single figures. Although the name of the sitter is unknown it was traditionally assumed that he was a widower. This seems to be based on the assumption that his sober black clothes indicate he is in mourning. However, as this kind of clothing was commonly worn at the time anyway, it cannot be considered as definite proof.