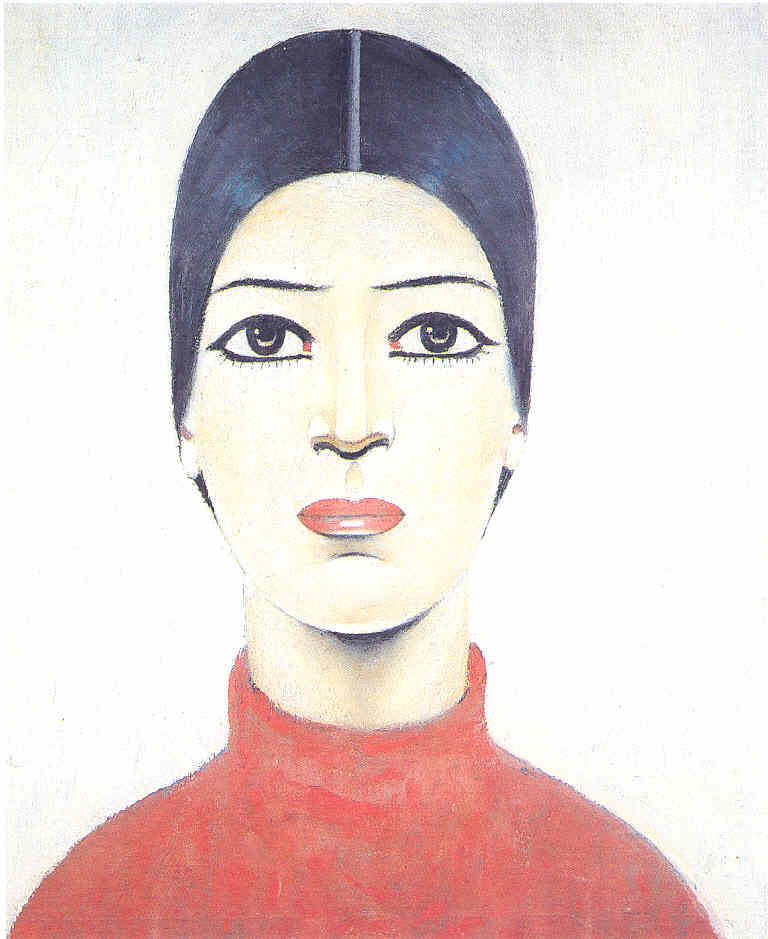 If you're a pro with eye-liner and can produce an centre parting this immaculate, we want to see it.

According to Lowry this work was the first portrait he had painted in nearly thirty years.
Lowry described the sitter as aged 25, from Leeds and ‘the daughter of some people who have been very good to me.’ He also described her as his godchild Ann Hilder (or Helder). Despite extensive research, no one has yet been able to confirm the identity of Ann. It is possible she was an imaginary figure based on the young friends he knew, although those who heard him speak of her never doubted her existence.
Lowry is famous for painting scenes of life in the industrial districts of North West England in the mid-20th century. He developed a distinctive style of painting and is best known for his urban landscapes peopled with human figures often referred to as “matchstick men”. He painted mysterious unpopulated landscapes, brooding portraits and the unpublished “marionette” works, which were only found after his death.