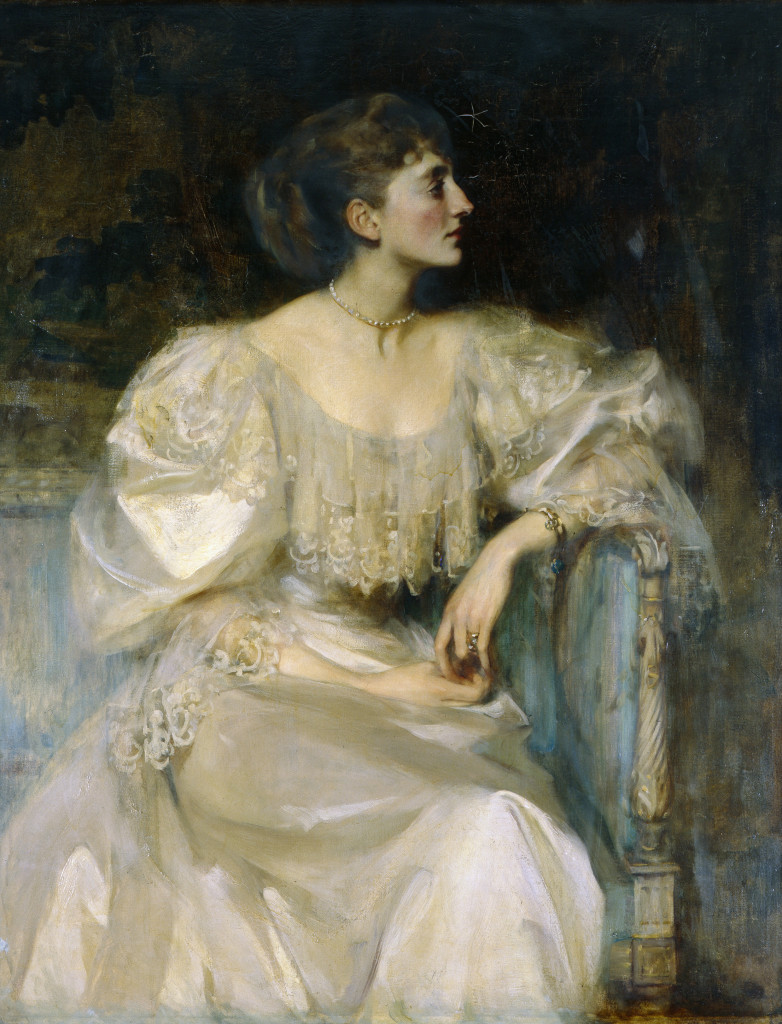 There's certainly more than a hint of glamour to the sitter's ceremonial attire, but you don't necessarily need a wedding dress to recreate this pensive painting, although an old one could match the off-white colour of the one Diana is shown wearing. A dress, smock and/or necklace would help, and be sure to pin your best sidewards gaze off into the distance, preferably while sitting in a chair. A darkened background might help. Imagine this is you in profile at the end of the 19th century.

Sir James Jebusa Shannon was known as a painter of figure subjects and society portraits. Born to Irish parents on February 3 1862 in New York, the artist came to London 1878 and studied at the Royal College of Arts, exhibiting at the Royal Academy between 1881 and 1922, as well as the Grosvenor Gallery.

Shannon was a founder of the New English Art Club, set up in 1886 as an exhibiting society by artists influenced by impressionism whose works were rejected by the conservative Royal Academy. Initially avant-garde, his fellow key early members included James Abbott McNeill Whistler (although he soon resigned), Walter Sickert and Philip Steer.

Ten years later, Shannon’s first solo exhibition arrived at the Fine Art Society, He was knighted a year before his death in 1923, with a memorial exhibition held soon after at the Leicester Galleries.

Diana was the granddaughter of William Stanford, who inherited the magnificent 18th century manor house of Preston Manor, which is now one of the grandest heritage sites in the UK, on the outskirts of Brighton. Born in 1866, she was one of three daughters of Eleanor Montague Morris and Captain George Varnham Macdonald.