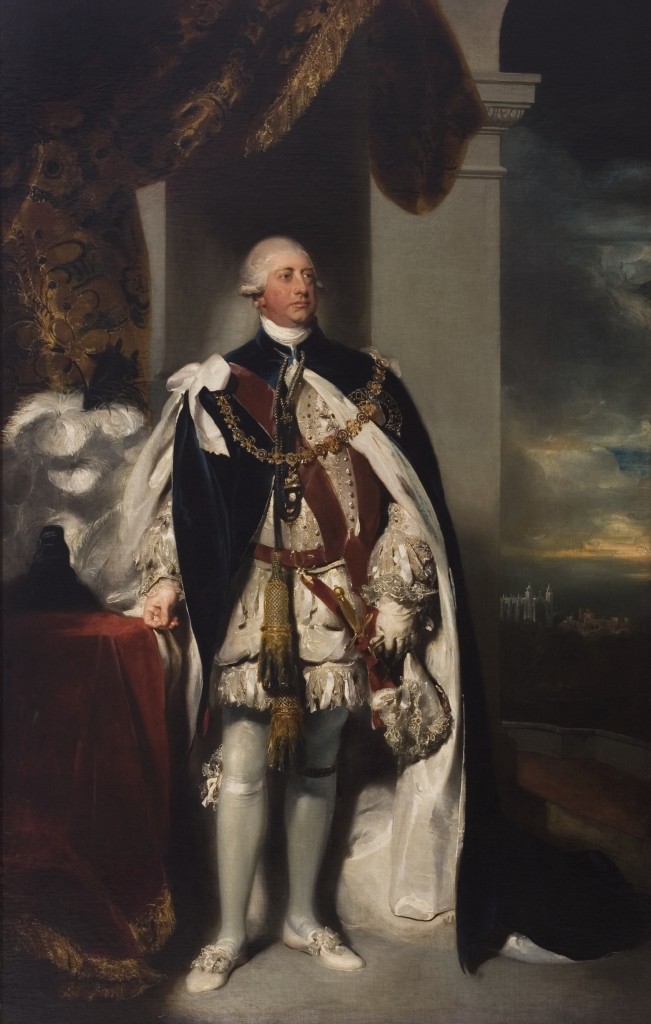 An old velvet curtain, ballerinas and white stockings - and voilà your royal selfie à la George is done! No need to go mad.

The painting was commissioned by two Coventry MPs Lord Eardley and John Wilmot and was painted by Sir Thomas Lawrence, who was one of the most outstanding painters of his age.

The crown wanted a painting that would gain public sympathy for George III. The king was quite old and he had suffered severe bouts of madness. He had come through that but during his time on the throne, the British lost many of its American colonies so there was a growing disquiet among some people in the country about the monarchy’s role.

Sir Thomas Lawrence painted the portrait with great speed and his style is really quite exciting. The critics were shocked and said it was rough but the public saw it from a distance and the support for George III grew so the revolution never happened.

The portrait shows the King standing in front of Windsor Castle looking towards Eton but the sitting for George III took place at Buckingham Palace.