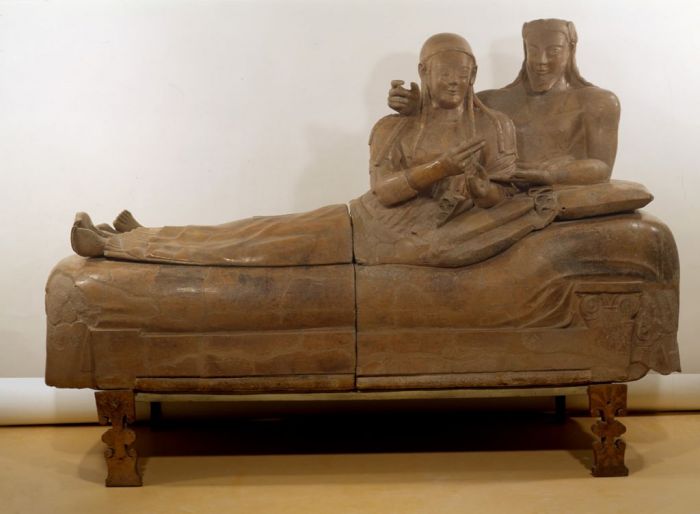 This is a late 6th century BC Etruscan anthropoid sarcophagus. It is 1.14 m high by 1.9 m wide, and is made of terracotta which was once brightly painted. It depicts a married couple reclining at a banquet together in the afterlife and was found in 19th century excavations at the necropolis of Cerveteri in Italy. The portrayal of a married couple sharing a banqueting couch is uniquely Etruscan. The smiling faces with their almond-shaped eyes and long braided hair, as well as the shape of the feet of the bed, reveal Greek influence. However, the marked contrast between the high relief busts and the very flattened legs is typically Etruscan. “The Etruscan artist’s interest focused on the upper half of the figures, especially on the vibrant faces and gesticulating arms.”