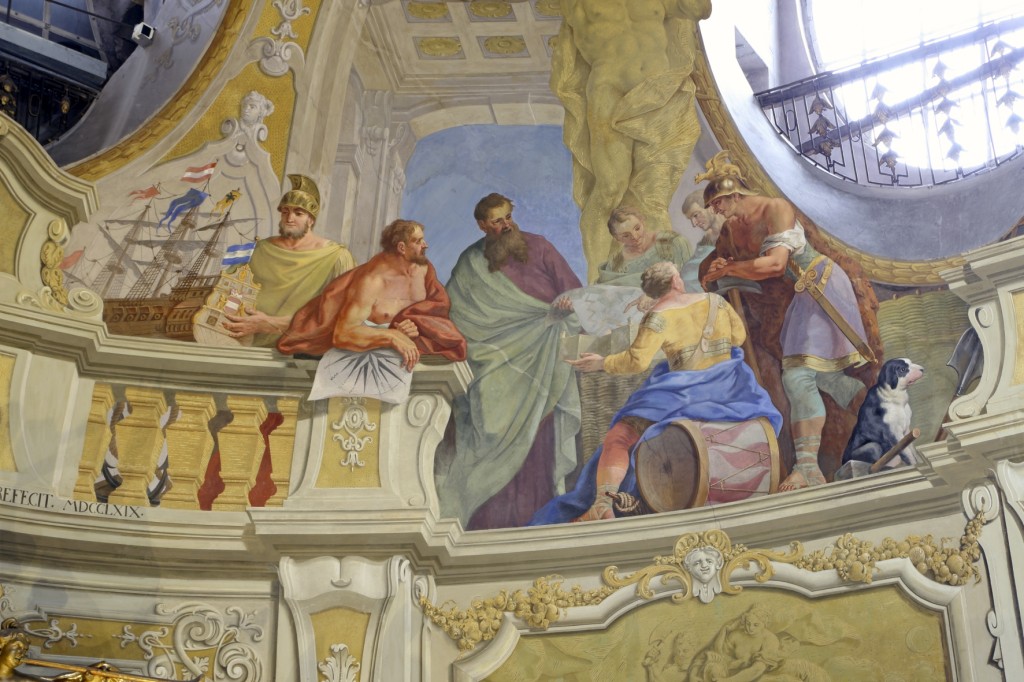 The fresco decoration in the bay facing Josefsplatz, where visitors now enter the State Hall, depicts profane and military themes, whereas the opposite bay adjoining the Hofburg (the entrance formerly reserved for the emperor and his court) shows allegorical representations of the heavens and of peace. The emperor, effectively placed in the centre, holds the balance between war and peace. He is both a war hero and a heroic peace-maker.

Daniel Gran was a painter born in Vienna in 1694 who died at Sankt Pölten 1757. His pictures ornament several public buildings in his native city. He was of some consideration in his time, but his works are not known out of Austria and Germany today.