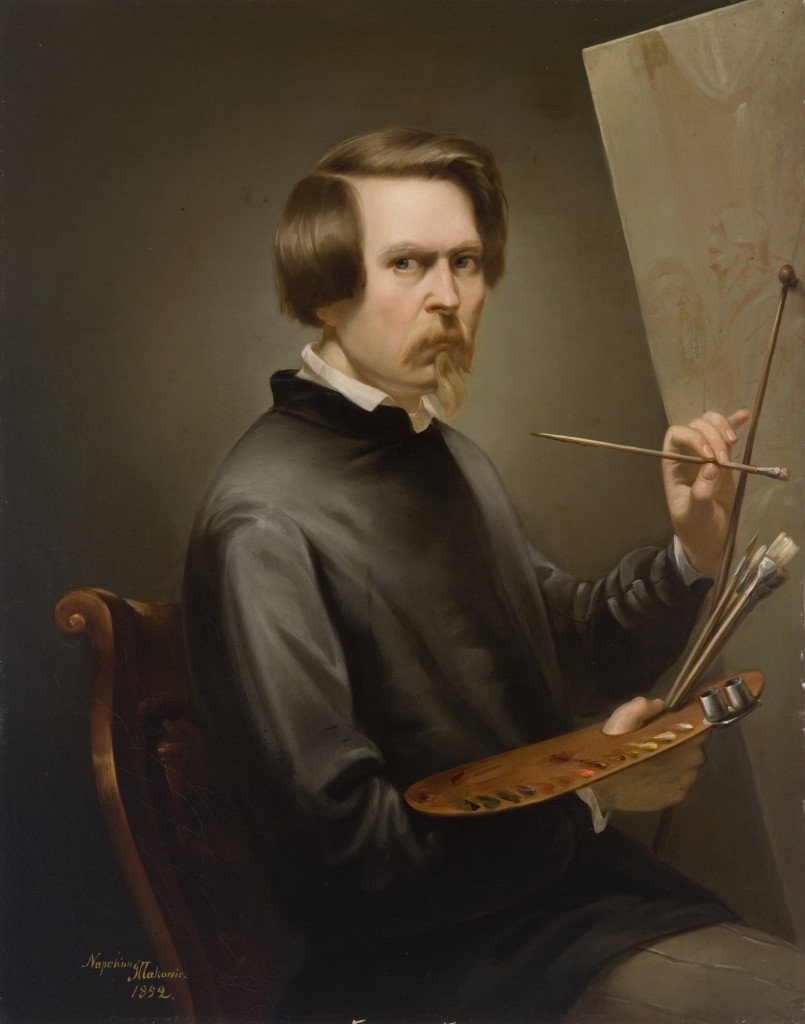 This could be the recreation for you if you are already a painter or artist, or just fancy giving it a go. Grab some paints and a brush and send your sights sideways. A black top is the main item of clothing, and a (fake?) beard and/or moustache might assist your impersonation of Napoleon.

Born in a small Lithuanian village, painter Napoleon Iłłakowicz (1811-1861) studied art in Vilnius. Captured by the revolutionary atmosphere, the young artist took part in the November Uprising (1830-1831) against the Russian Empire. After the Uprising had been suppressed, Iłłakowicz emigrated to Western Europe and continued his painting studies in Paris. However, during two decades spent abroad he did not stay in one place for long. Iłłakowicz had been living and working in France, Spain, Switzerland, Italy, Germany, and several cities in the Russian Empire. He then settled in London for a longer period, where he worked at the court of Queen Victoria and participated in radical political activities. Iłłakowicz came back to Vilnius in 1857. But even after all those years, anti-Tsarist activities from his past had not been forgotten by the authorities. As a result he was closely watched by the secret police of the Russian Empire up until his death.

In this self-portrait the artist depicted himself at work, sitting by the easel and holding his brushes and palette. Skilfully composed lighting concentrates on his face. The piercing gaze of the artist is fixed right on viewer. It reveals Iłłakowicz’s rebellious nature, creates psychological intensity and makes the painting one of the most memorable self-portraits of the 19th century Lithuanian art.