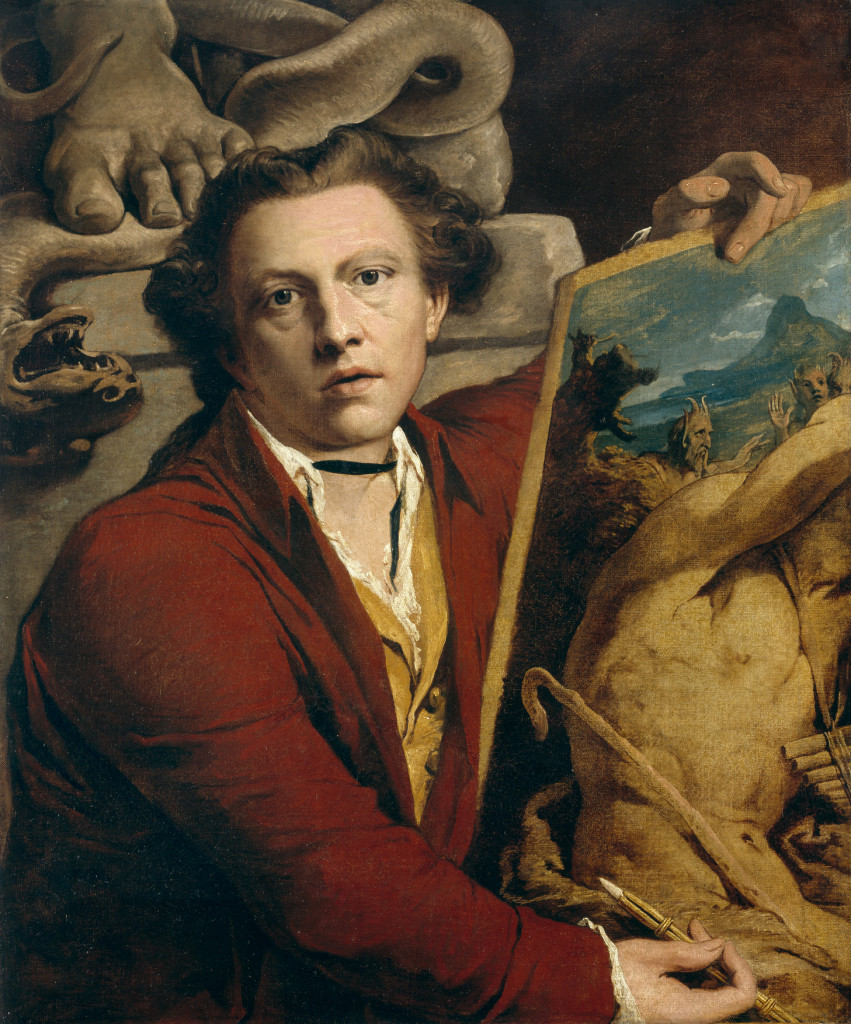 A key element of this recreation is the artwork the sitter is holding - you could pose with your favourite artwork or even show off something of your own creation. Pay attention to your facial expression - try to keep it open and vulnerable

James Barry was an Irish painter with a notoriously belligerent personality. He was determined to create art according to his own principles rather than those of his patrons and so became noted for being one of the earliest Romantic painters working in Britain.

The painting held aloft by Barry in this self-portrait is based on a description by the Roman author and philosopher Pliny the Elder of a lost painting by the ancient Greek artist Timanthes. It depicts a Cyclops, a one-eyed giant who devoured humans. Behind the artist is the base of statues believed to be a cast of the famous Hellenistic statue the ‘Laocoön’ which stood in Barry’s studio. The artist’s deliberate placement of himself between the statue and painting was intended to reflect his ability to survive adversity.