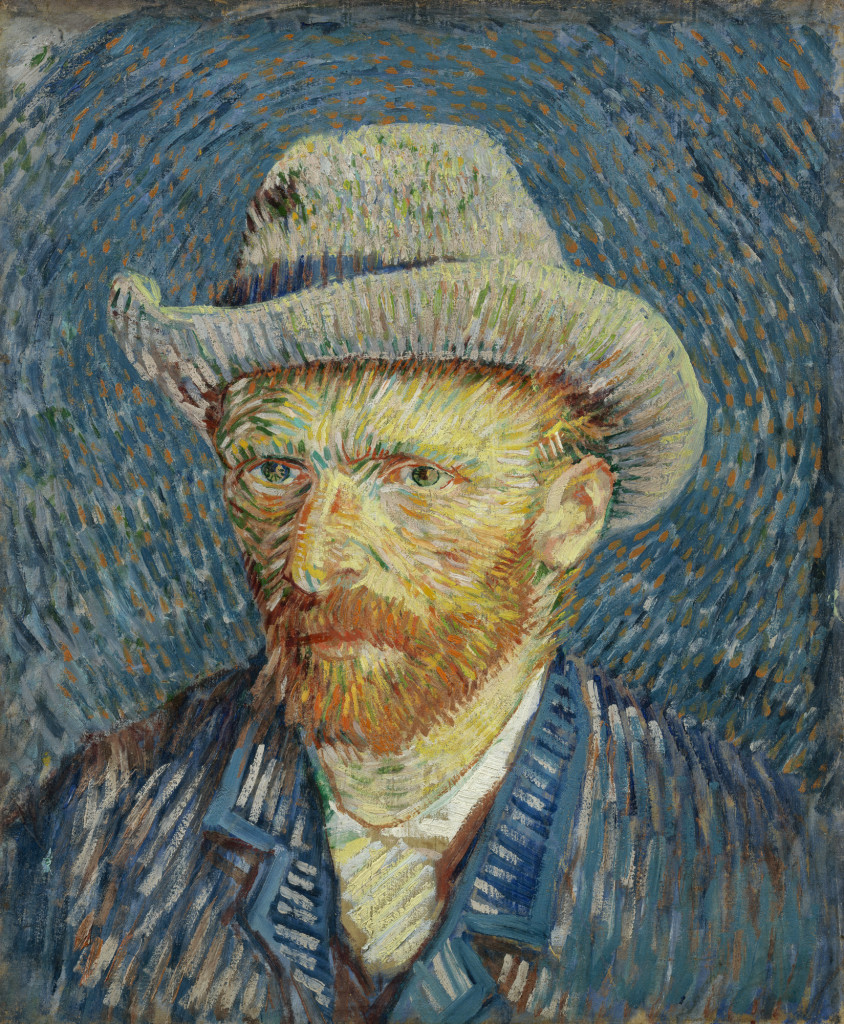 Obviously a grey felt hat would be a great accessory for the recreation of this painting. But the biggest challenge would be your facial expression and the flurry of colors.

Van Gogh painted this self-portrait in the winter of 1887-1888, when he had been living in Paris for nearly two years. Since his arrival in the city he had devoted much study to the dotted Pointillist technique, thereby learning how he might apply it in his own fashion. His use of brushstrokes running in a variety of directions created a self-portrait with a halo-like circle round his head. This variation and the dynamics it created were Van Gogh’s own contribution to the new style of painting.

Vincent Willem van Gogh was notable for its rough beauty, emotional honesty and bold color and had a far-reaching influence on 20th-century art. After years of painful anxiety and frequent bouts of mental illness, he died from a gunshot wound, generally accepted to be self-inflicted (although no gun was ever found).

His work was then known to only a handful of people and appreciated by fewer still. The extent to which his mental health affected his painting has been a subject of speculation since his death. Despite a widespread tendency to romanticize his ill health, modern critics see an artist deeply frustrated by the inactivity and incoherence brought about by his bouts of illness.

Following his first exhibitions in the late 1880s, Van Gogh’s fame grew steadily among colleagues, art critics, dealers and collectors. By the mid 20th century Van Gogh was seen as one of the greatest and most recognizable painters in history.

Sponsored with love by Storythings: