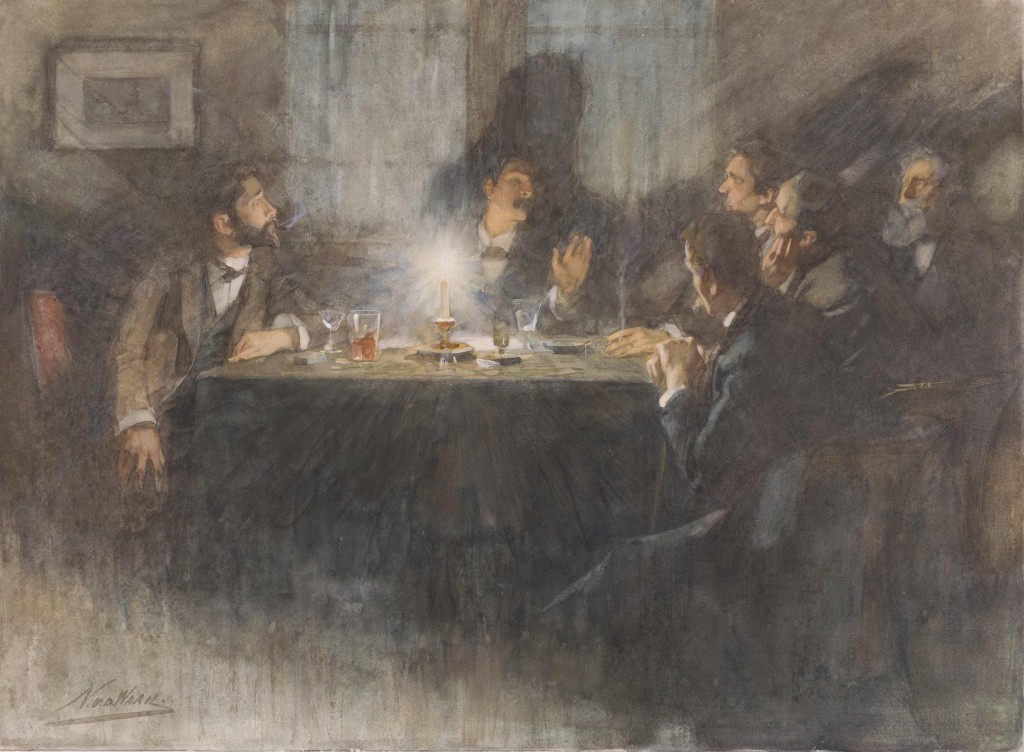 The candle forms the center of light and casts shadows on the wall. The scene looks somewhat mysterious due to the rays of light of the candle. We can’t see what the men are talking about, but we can guess. The man in the middle is talking while the rest is listening to him. The scene gives us the feeling that we are sneaking in the room and secretly watching and eavesdropping what the men are talking about. However, we could be standing outside in the cold, observing the scene through a window.

This significant watercolour is a reproduction of a meeting of the art-loving companionship ‘Michel Angelo Buonarotti’. Van der Waay was a member of this companionship himself. During the course of a year Van der Waay made several portraits of the companionship and its members, including this painting from around 1890.

Van der Waay is a prominent figure in the art world of Amsterdam. He gained success with his paintings of Amsterdam orphans and became professor at the Rijksakademie in 1891. In 1898, Van der Waay painted a number of panels of the Golden Carriage. This carriage was a gift to Queen Wilhelmina of the Netherlands from the people of Amsterdam. In Six Men Sitting Around A Table the men are having a conversation, probably about art.