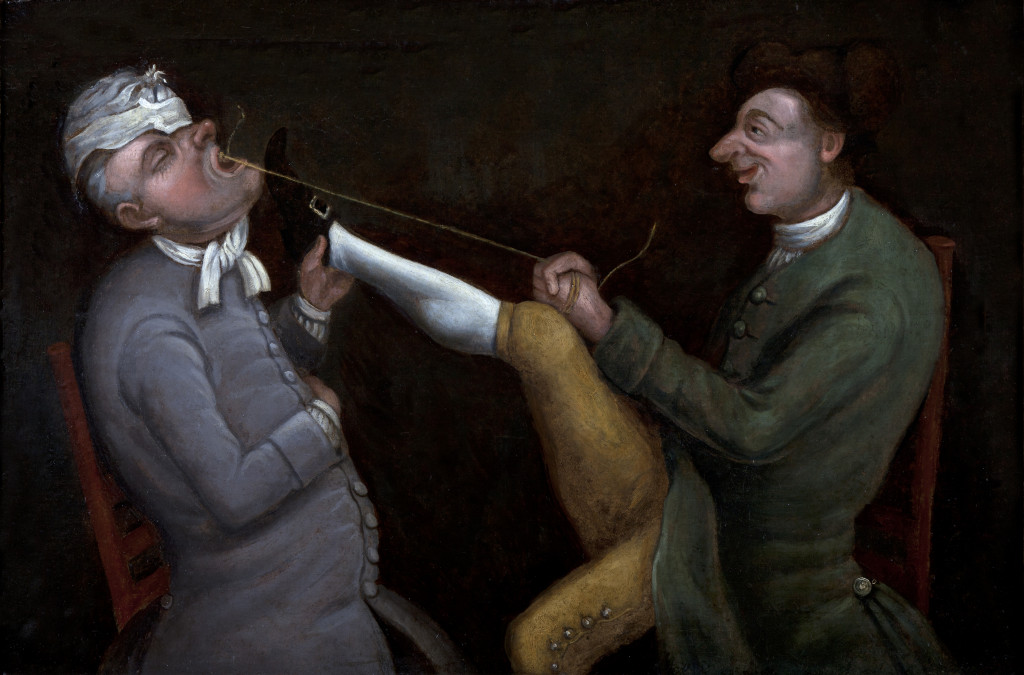 This recreation requires some athletic skill - be careful not to injure yourselves! Obviously, we don't advise that you really tie some string around a tooth but you could experiment with attaching some string to the bandages around the patient's head or even forgo the string altogether. The key to this recreation is the look of agony on the patient's face and the gleeful expression of the dentist.

Be careful if you try this pose, it’s not for the faint-hearted! It’s attributed to John Collier (also known as Tim Bobbin) an English caricaturist and satirical post. He was famous for his writings in Lancashire dialect and wrote and illustrated books of satirical poetry and dialect terms. One of these collections of poetry was Human Passions Delineated, published in 1773. In it he savagely lampooned the behaviour of both the upper and lower classes. An etching similar to this painting was one of four depicting the agonising process of having a tooth pulled by a dentist, accompanied by a verse:

Then clap’d his foot o’th’ chin ;
He pull’d — the patient roar’d with pain,
And hideously did grin.

But lo! — capricious fortune frown’d,
And broke the clewkin string,
And threw him backwards on the ground,
His head made floor to ring.