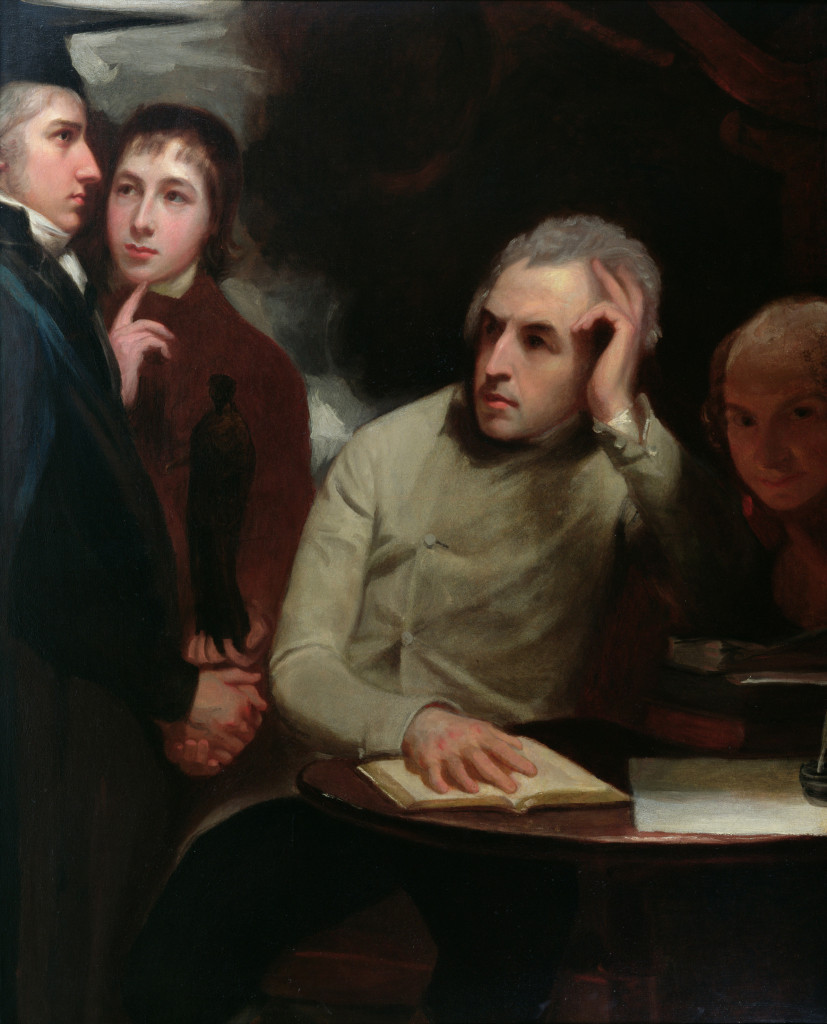 Grab three of your best pals and take a moment to appreciate your bond and the meaning of friendship- or just look thoroughly bored with the whole thing and you might achieve the same gaze. The statuette is Minerva, Goddess of the Arts- what can stand in to symbolise culture and high art for you?

Romney’s painting shows William Hayley, an immensely popular poet in his day, sitting at the table with his hand on Cicero’s ‘Essay on Friendship’. To his left is his son, Thomas (or Tom) holding a statue of Minerva, the Roman goddess of wisdom and the arts – Tom was at the time apprenticed to the celebrated neo-classical sculptor John Flaxman. William Hayley was introduced to Romney by the painter Jeremiah Meyer and his son, William, is shown at the far left of the painting in his Trinity College gown. The last of the four friends is Romney himself, peeking out from the shadows at the far right of the picture.