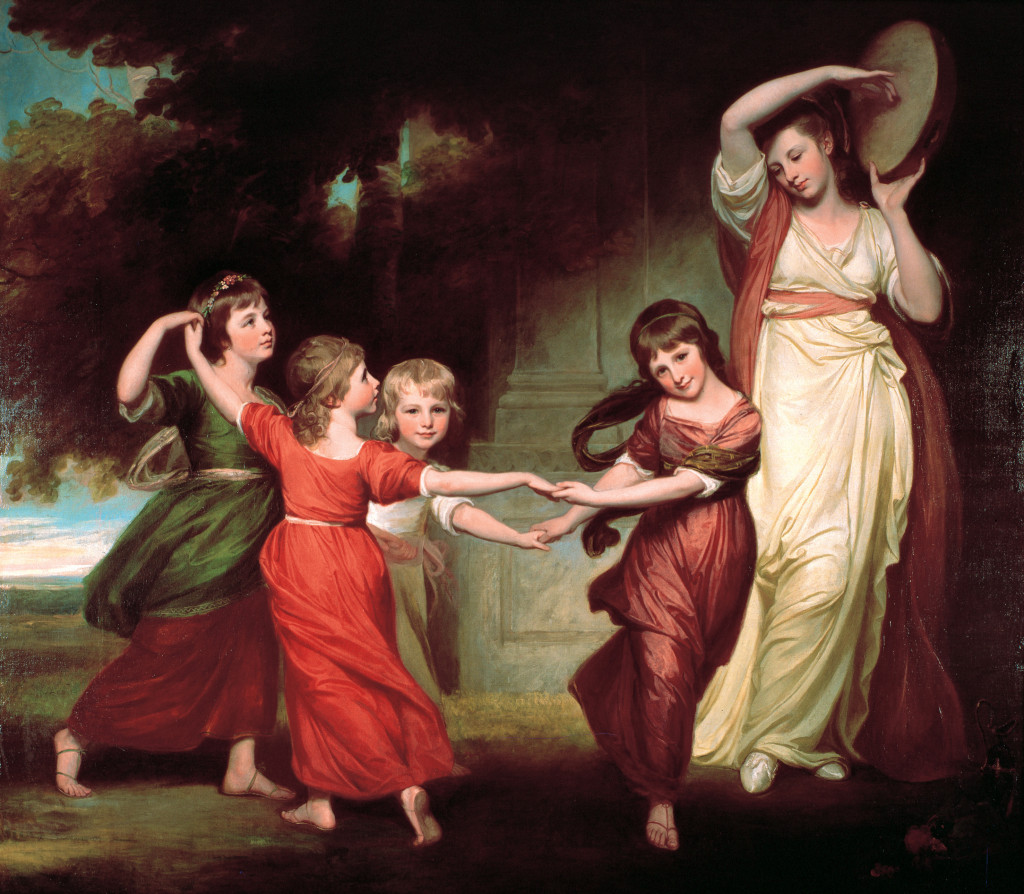 Be brave and blithe- take this recreation to the outdoors and feel that fresh air rush against the cascading fabric!

Romney took the theme of dancing figures directly from classical prototypes – antique sculptural reliefs and Renaissance paintings – which he studied in Rome. He may have also been inspired by May Day dancers he witnessed at Nice on his way to Italy. The motionless, statuesque figure of Lady Anne, smoothly painted as if carved from marble, acts as a foil to the lively, rhythmic movement and naturalistic poses of the younger children, highlighting their youthful exuberance.

After spending two years studying antique Greek and Roman art in Italy, immersing himself in the ideals of Classicism Romney created his masterpiece The Gower Family. Commissioned by Granville Leveson-Gower, 2nd Earl Gower and later Marquis of Stafford, this ambitious, large-scale work portrays the five youngest of his eight children – on the right, holding a tambourine, is Lady Anne, who was step-sister to the four younger children portrayed dancing in a ring.