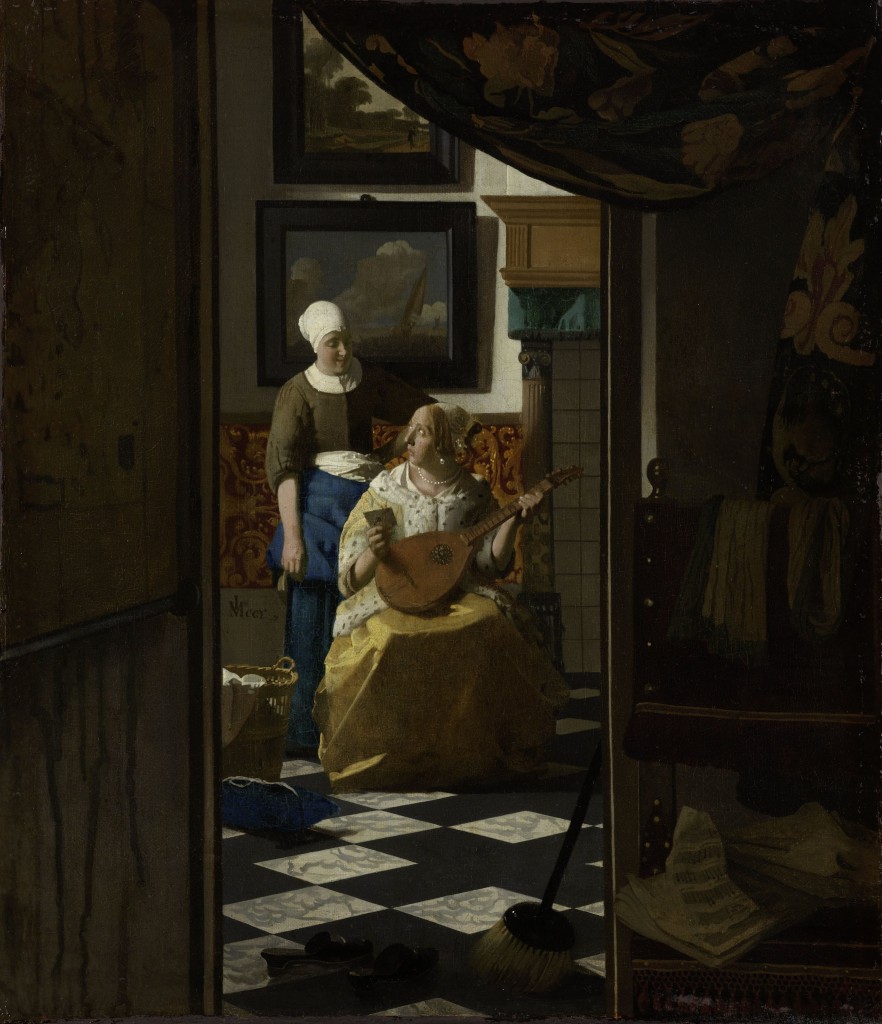 This painting is fairly easy to recreate. But you need to pay attention to contrast, background and colors, as well as to the expression on your faces - that's where the story is told.

The Love Letter (Dutch: De liefdesbrief) is a 17th-century genre painting by Jan Vermeer. The painting shows a servant maid handing a letter to a young woman with a cittern. The tied-up curtain in the foreground creates the impression that the viewer is looking at an intensely private, personal scene.

The diagonals on the chequered floor create the impression of depth and three-dimensionality. The fact that it is a love letter that the woman has received is made clear by the fact that she is carrying a lute. The lute was a symbol of love – often carnal love. This idea is further reinforced by the slippers at the very bottom of the picture. The removed slipper was another symbol of sex. The two paintings on the wall are also significant.

The lower painting is of a stormy sea, a clear metaphor for tempestuous love. Above it is a landscape painting of a traveler on a sandy road. This may refer to the absence of the man who is writing to the lady. The colors blue and gold are important in the composition of the painting – the gold is located on the woman’s dress, the top of the fireplace, and many of the objects, which complements the blue on the floor, the maid’s dress, the picture frames, etc.