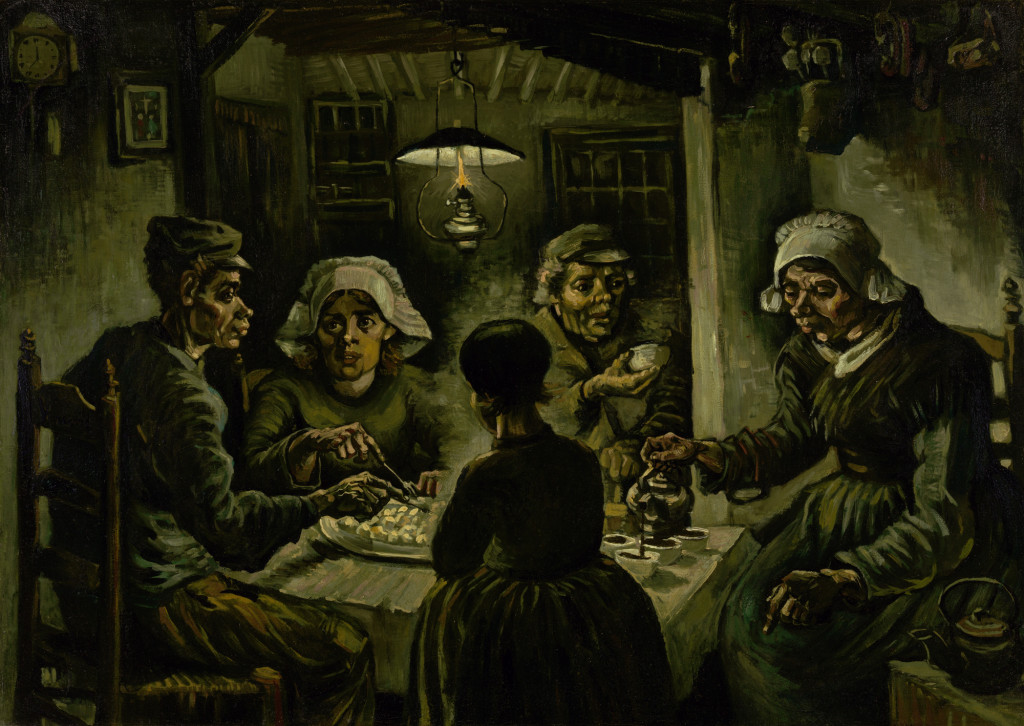 The challenge lies in the recreation of the gloomy atmosphere. You may try to experiment with one central source of light to achieve the light/dark effects of the painting.

Van Gogh worked on the painting from April 13 until the beginning of May, when it was mostly done except for minor changes which he made with a small brush later the same year.

Van Gogh said he wanted to depict peasants as they really were. He deliberately chose coarse and ugly models, thinking that they would be natural and unspoiled in his finished work.

“You see, I really have wanted to make it so that people get the idea that these folk, who are eating their potatoes by the light of their little lamp, have tilled the earth themselves with these hands they are putting in the dish, and so it speaks of manual labor and — that they have thus honestly earned their food. I wanted it to give the idea of a wholly different way of life from ours — civilized people. So I certainly don’t want everyone just to admire it or approve of it without knowing why.”