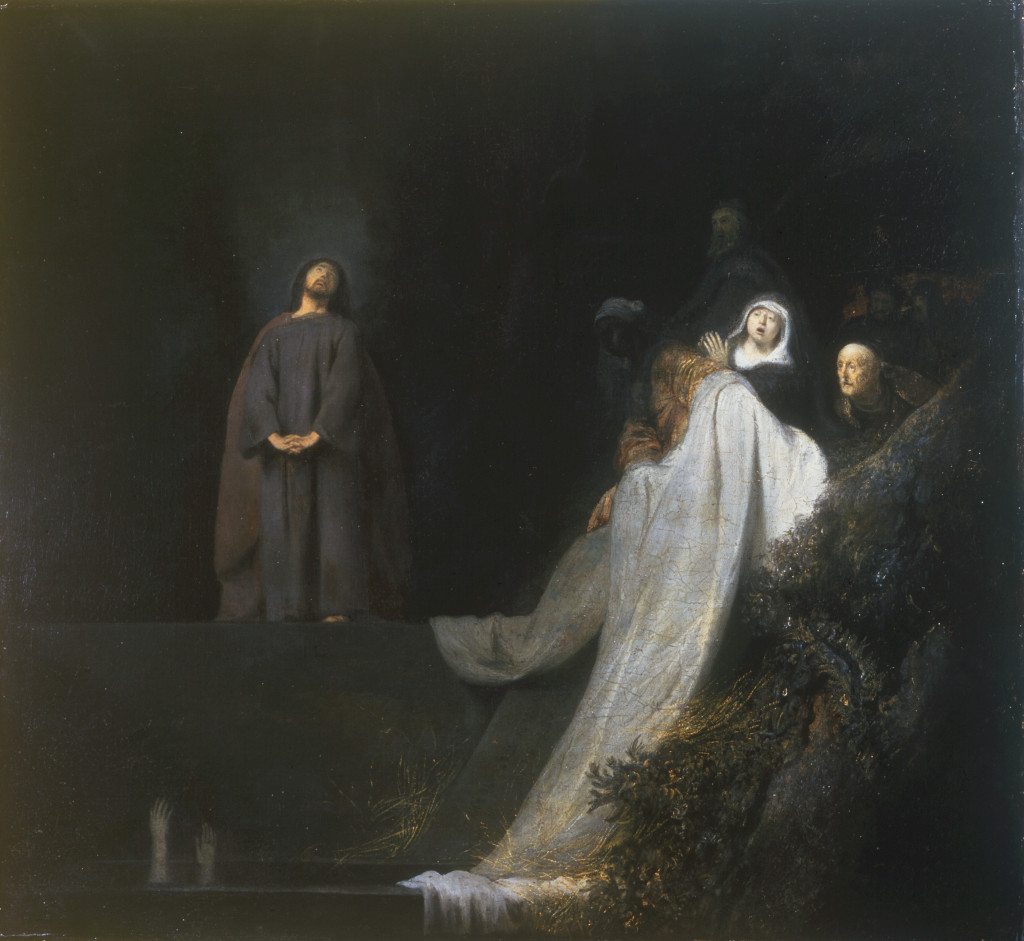 Best you find a wall or a terrace with two levels. The lower part occupies one third of the space. It is important that you leave enough space between the figures, too. Don't squeeze them into the composition. And don't try to recreate the darkness if you do not have the right (artificial) light. Better go with proper light and a plain background.

This scene depicts the story of Jesus performing the miracle of the raising of Lazarus. Jesus looks upwards with his hands clasped in front of him. Around his head is a halo of light. To his left several mourners look on in awe and a long winding cloth falls from the arms of one them down a grassy bank into Lazarus’s tomb. Only the outstretched arms of Lazarus can be seen.

This is a very eery depiction of the Lazarus miracle, because it is rather unusual to show only the arms of a raising Lazarus and because of the overall dark and dramatic, stage like composition of the painting.

Lievens collaborated and shared a studio with Rembrandt from about 1626 to 1631. Lievens showed talent for painting in a life-size scale and dramatic compositions. The two men split in 1631, when Rembrandt moved to Amsterdam and Lievens to England. In 1656 Rembrandt still owned paintings by his former friend.