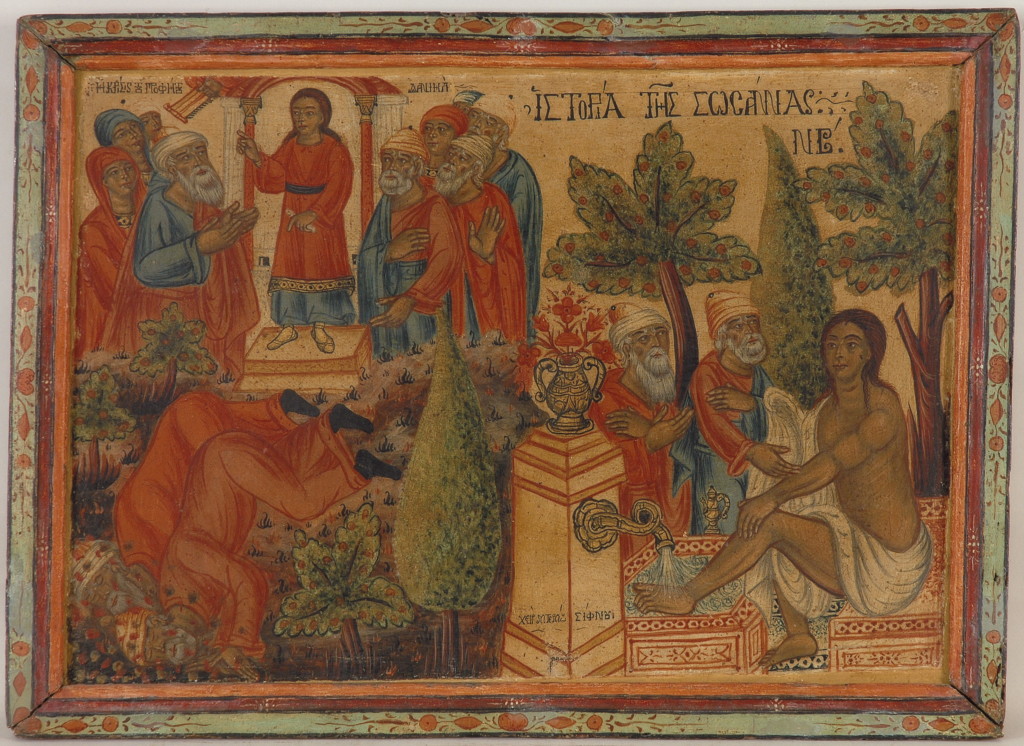 The painting basically tells the story of Susannah. Just see it as a kind of comic strip with different scenes on one page. If you recreate it, just do the same: create scenes and take a picture of all of it.

Susannah was the wife of Joachim and the daughter of Chelkios. She was a beautiful and virtuous young woman. Joachim owned a garden close to his house where Susannah used to take a walk.

One day, as she was taking her bath two old judges who had been following her asked her to come to sexual intercourse with them. If she denied, they threatened they would accuse her that they had caught her committing adultery with a young man.

Then she prayed and God heard her prayers and send Daniel to her assistance who proved that her accusers were lying. The two men were sentenced to death, the relatives of Susannah praised God and Daniel from that day onwards emerged as a great man in the eyes of the Judaian people…

This is the story of Susannah.