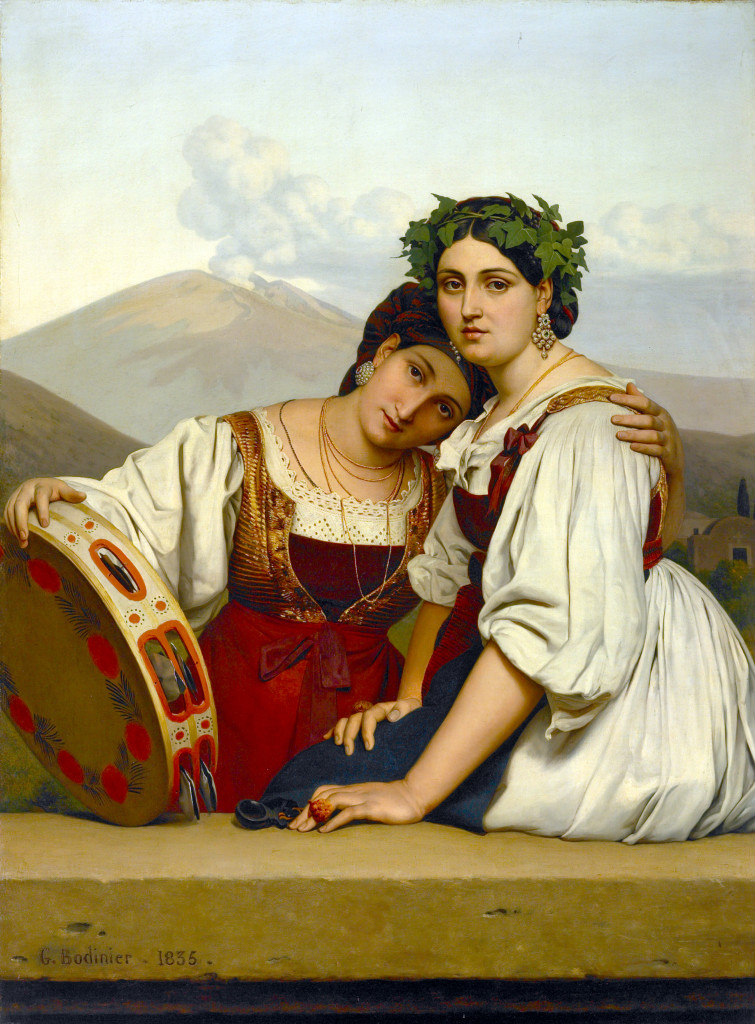 This painting is fairly easy to recreate. If you don't have a tambourine, you might use as well another instrument.

Guillaume Bodinier was a typical French historical and portrait painter of the 19th century. He studied in Rome and exhibited at the “Salon” in Paris from 1827 to 1857.

After a long residence in Rome he returned to his native city Angers, where he became director of the Museum. His best work show scenes from Italy. The painting in Luxembourg shows two young women from Naples, posing with the smoking Mount Vesuvius as backdrop.

Bodinier was a typical “academic” painter, mastering a perfect but somehow cold technique of painting. In the year he died, a revolutionary new style of painting was born: the Impressionism. It was named after Claude Monet’s ground breaking work “Impression – Soleil levant” (“Impression – Rising Sun”) which was painted in 1872 and which marks a fundamental shift of the artistic paradigm.