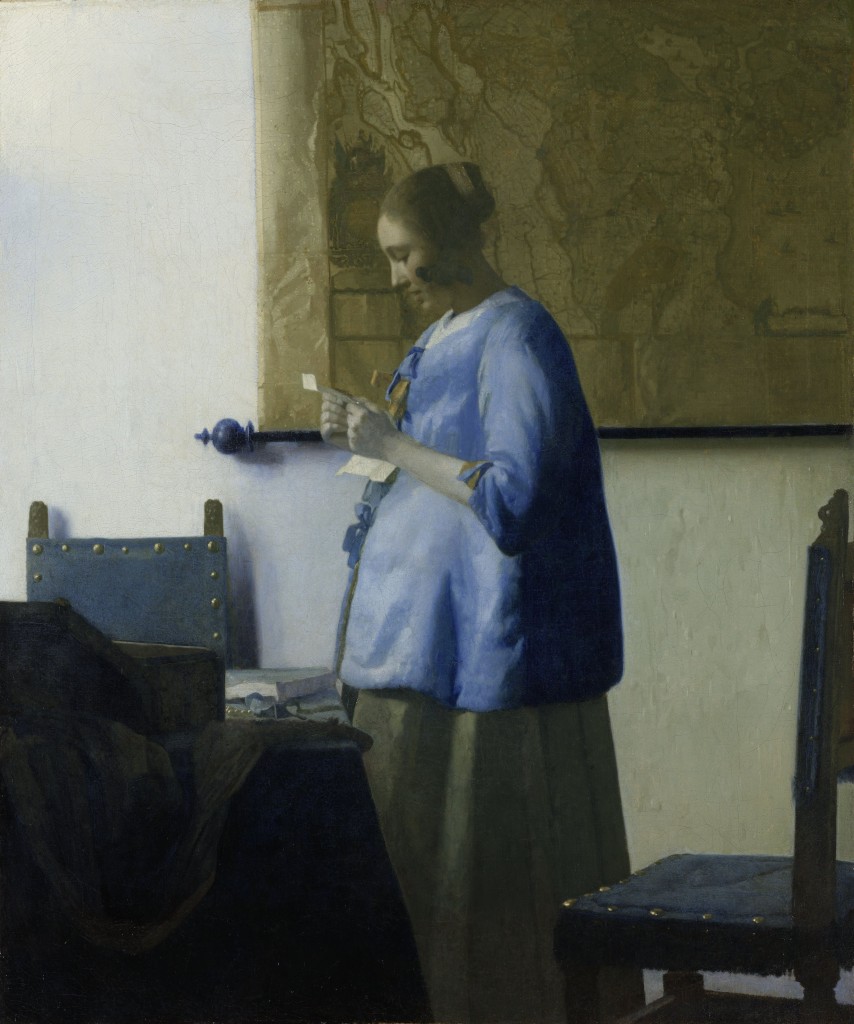 It is important to recreate the intimacy of the scene. Use light coming from a window in front of you.

This famous painting is part of the collection of the Rijksmuseum Amsterdam since 1885. It was the first Vermeer acquired by the museum.

The central element of the painting is a woman in blue standing in front of a window (not depicted) reading a letter. The woman appears to be pregnant, but this is not determined; although not universally accepted, many have argued that she appears so only because of the fashion of the day.

While the contents of the letter are not depicted, the composition of the painting has been mined for clues. The map of the Netherlands on the wall behind the woman has been interpreted as suggesting that the letter she reads was written by a traveling husband. Alternatively, the box of pearls barely visible on the table before the woman might suggest a lover as pearls are a sometime symbol of vanity.

The painting is unique among Vermeer’s interiors in that no fragment of corner, wall or ceiling can be seen.