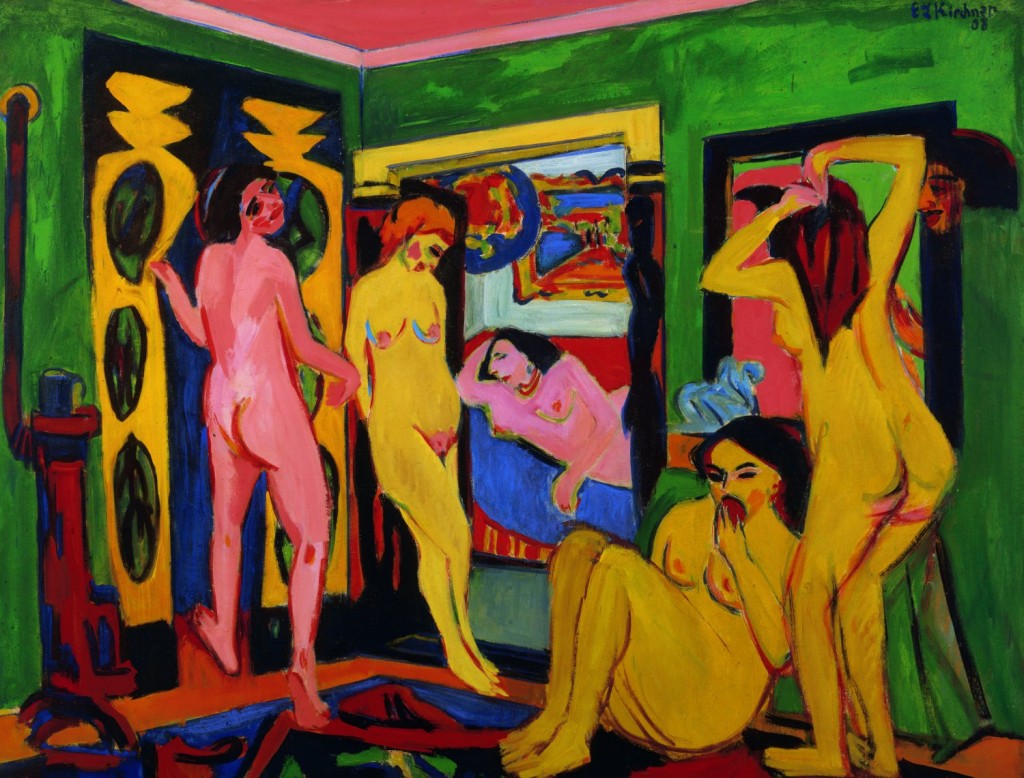 This painting is a challenge for a master. Not only because you need to find a way to cope with the nudity, but also because of its complex composition with a central room from which you can see into another room, where another model is posing on a sofa and the model on the left stepping out of the room behind a curtain. Expressionist painters use colour to express emotions. Try to use vivid colours when you recreate this painting. Try to use colourful pyjamas or suits to cope with the nudity in the image. You can also just use colourful clothing.

Ernst Ludwig Kirchner was a German expressionist painter and printmaker and one of the founders of the artists group “Die Brücke” (“The Bridge”), a key group leading to the foundation of Expressionism in 20th-century art.

The Bathing Women are actually standing in the artists’ atelier, where he collected exotic objects, like African masks, sculptures and fabrics. You still can see the head of the artist in the top right corner. The woman in the second room lies on the sofa, striking a classical pose for a female nude called “The Odalisque”.

The style of the yellow and pink women is comparable to the paintings of Picasso and Matisse at the same period.

But Kirchner’s fate was different: he volunteered for army service in the First World War, where he soon suffered a breakdown and was discharged. In 1933, his work was branded as “degenerate” by the Nazis and in 1937 over 600 of his works were sold or destroyed. In 1938 he committed suicide by gunshot.