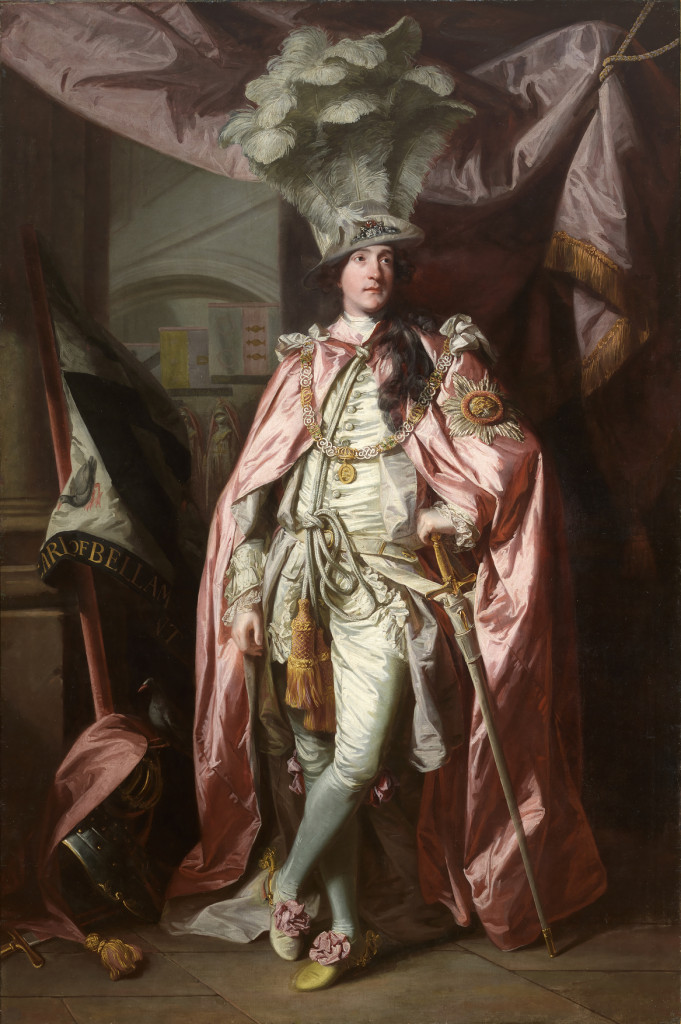 Break out your fanciest clothes for this recreation and find the biggest and tallest hat you can - or maybe just a feather duster to replicated the feathers! Try to use a background of curtains or a sumptuous interior.

Although the sitter of this portrait, Charles Coote, the Earl of Bellomont (1738-1800)  was a member of the Most Honourable Order of the Bath, a British order of chivalry, he did not particularly embody the qualities of courtesy, generosity and consideration towards women that we associate with chivalry. He was said to be a vain, pompous womaniser who deserted his wife and acknowledged six illegitimate children by four different mothers in his will.

He was an Irish peer during the eighteenth century and was installed as a Knight of the Bath after quelling a minor uprising. The name for the order derives from the elaborate medieval ceremony for creating a knight, which included bathing (a symbol of purification)

No other Knight was ever immortalised in such a relaxed pose or actually wearing the Order’s grand hat with its huge ostrich feathers.