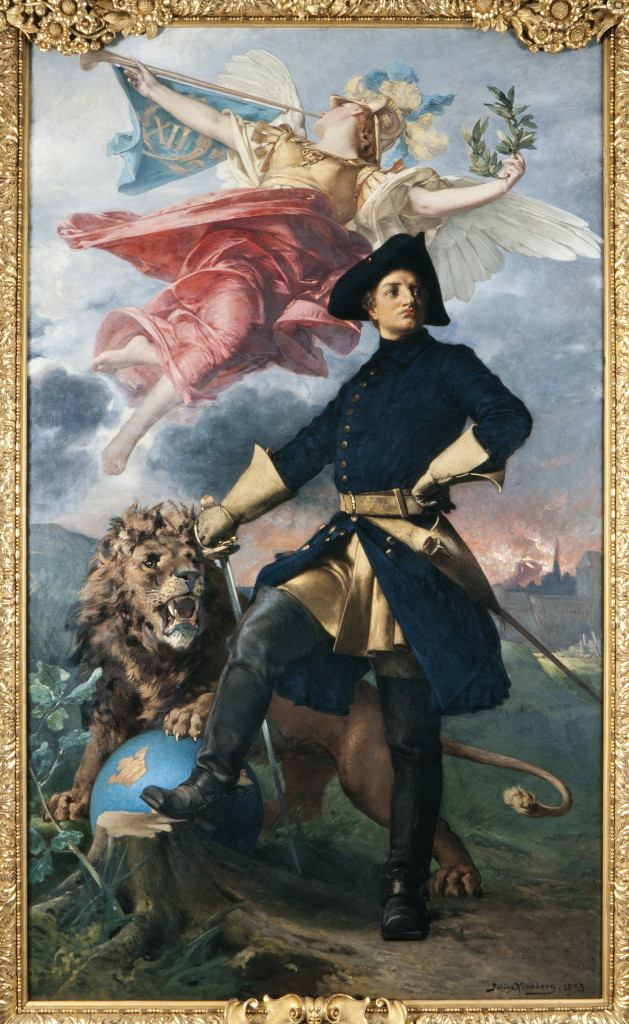 Strike your most dramatic pose and practice a proud pout to recreate King Charles and see if you can coax a feline friend to play the role of a lion. To depict the goddess flying overhead, try staging your recreation with some stairs or a ladder for them to ascend.

Charles XII was the King of Sweden from 1697 until 1718 and spent the majority of his rule fighting in the Great Northern War. Despite being an exceptional military leader and tactician, he was killed in action in 1718. The war continued for several years afterwards, leading to the break up of the Swedish empire.

Despite this, Julius Kronberg’s highly romanticised and dramatic painting surrounds, and even overshadows, Charles with symbols of his royal and military power.

Charles’ royal power is symbolised by the lion resting one paw firmly on the top of a globe, whilst above them both is Fama, a Roman personification of fame and renown. She was often depicted  with wings and a trumpet. Her head is turned from Charles so that she may better proclaim his triumph across the world. She also carries a laurel wreath, a Roman symbol of martial victory.

This is definitely the recreation to try when celebrating something you are proud of!