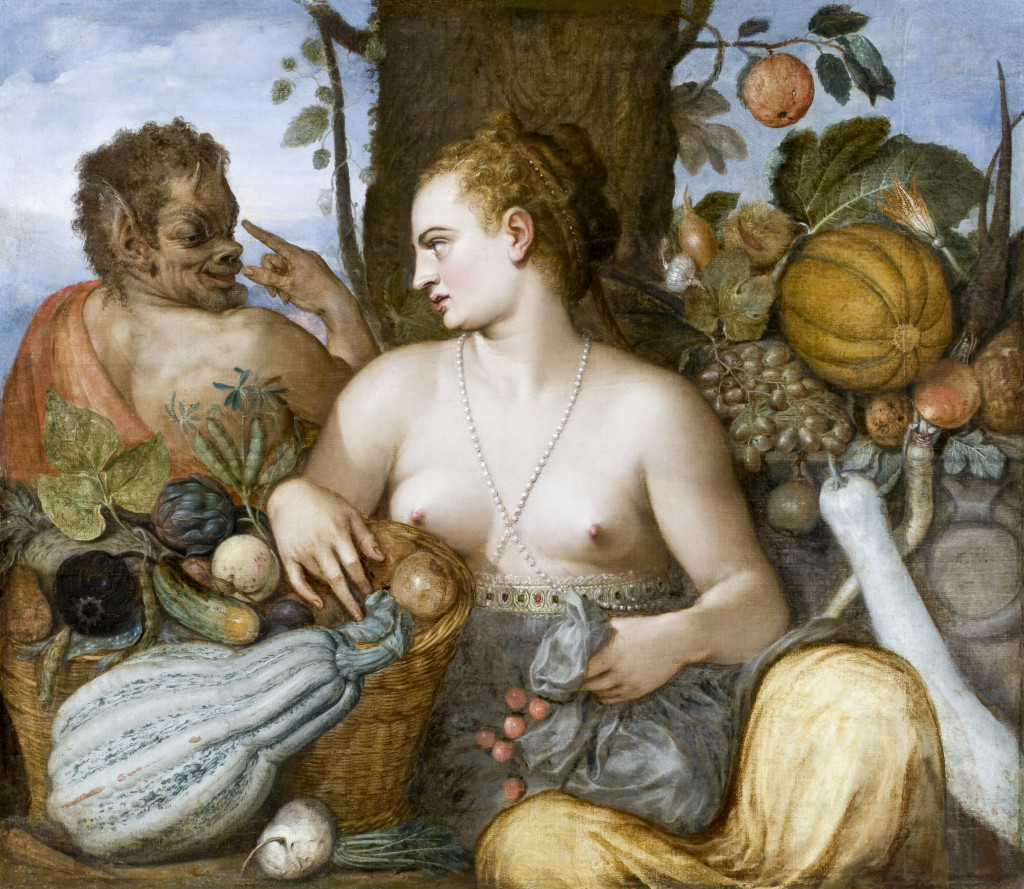 This could be a good chance to use any spooky masks you have lying around to represent the satyr's leering face! Surround your Pomona with objects that signify abundance to you if you don't have huge quantities of fruit and vegetables.

Pomona was the Roman goddess of fruit trees, gardens and orchards. Unusually she has no Greek counterpart – unlike her closest counterpart Demeter, she was not associated with the harvest itself but rather the flourishing of fruit trees. She is often depicted, as here, with cornucopias of ripe fruit and vegetables.

In this painting she is depicted resisting the advances of a satyr, proving her virtue against these notoriously woman-loving gods.  She was eventually seduced by Vertumnus (the god of seasons, change and plant growth, as well as gardens and fruit trees) who, after several failed attempts, approached her in the guise of an old woman.