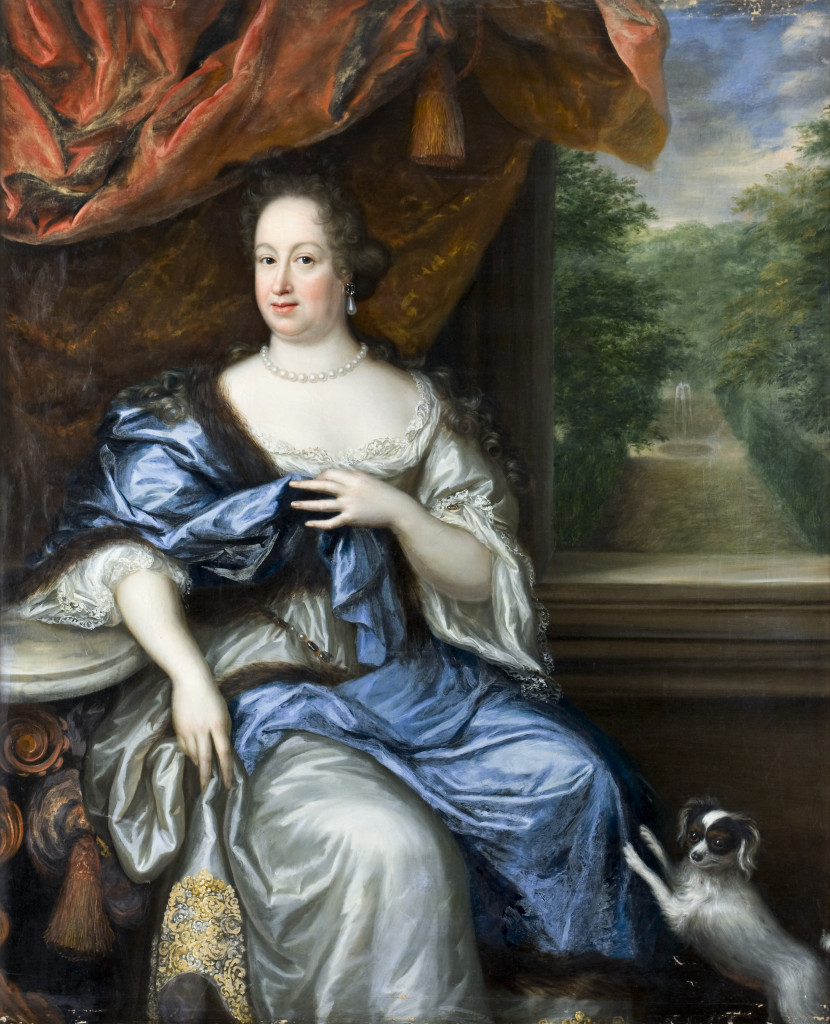 The sitter's clothes are thick and flowing, so try using sheets and blankets to replicate the drapes of the fabric. You may need to enlist the help of a friend to get a pet to pose correctly, or use treats.

The dog in the lower right corner of the painting may be a Phalène, a lapdog that was popular amongst  the wealthy. Lapdogs have been kept by many societies across the world by those who have plenty of leisure time. They were kept as companion animals and are usually small enough to be held in a person’s arms or lap, and temperamentally inclined to do so. Genetic analysis has revealed that lapdogs  were among the earliest types of dogs to live with people.

Dogs have long been a feature in Western art, even appearing as faithful hunting companions on the walls of caves. Although cultural depictions of dogs have developed over time as human relations with their canines has, generally dogs have been used in art to symbolise protection, fidelity, watchfulness and love.

Do you have a faithful furry friend you can enlist for this recreation?