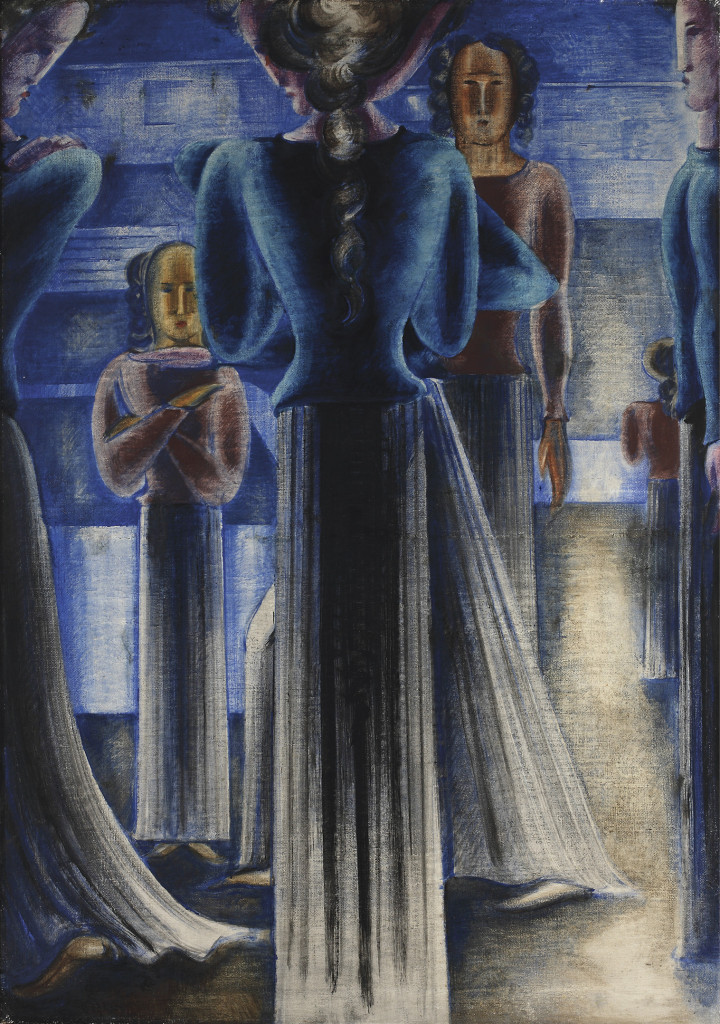 Try to use props like curtains, bed linen, etc. to create geometrical forms and “column like” figures.

Oskar Schlemmer (1888 – 1943) was a German painter, sculptor, designer and choreographer associated with the Bauhaus school. In 1923 he was hired as Master of Form at the Bauhaus theatre workshop, after working some time at the workshop of sculpture.

His most famous work is “Triadisches Ballett,” in which the actors are transfigured from the normal to geometrical shapes. The performers’ costumes make them into living sculpture, as if part of the scenery. The painting of a group of blue women is inspired by this idea.