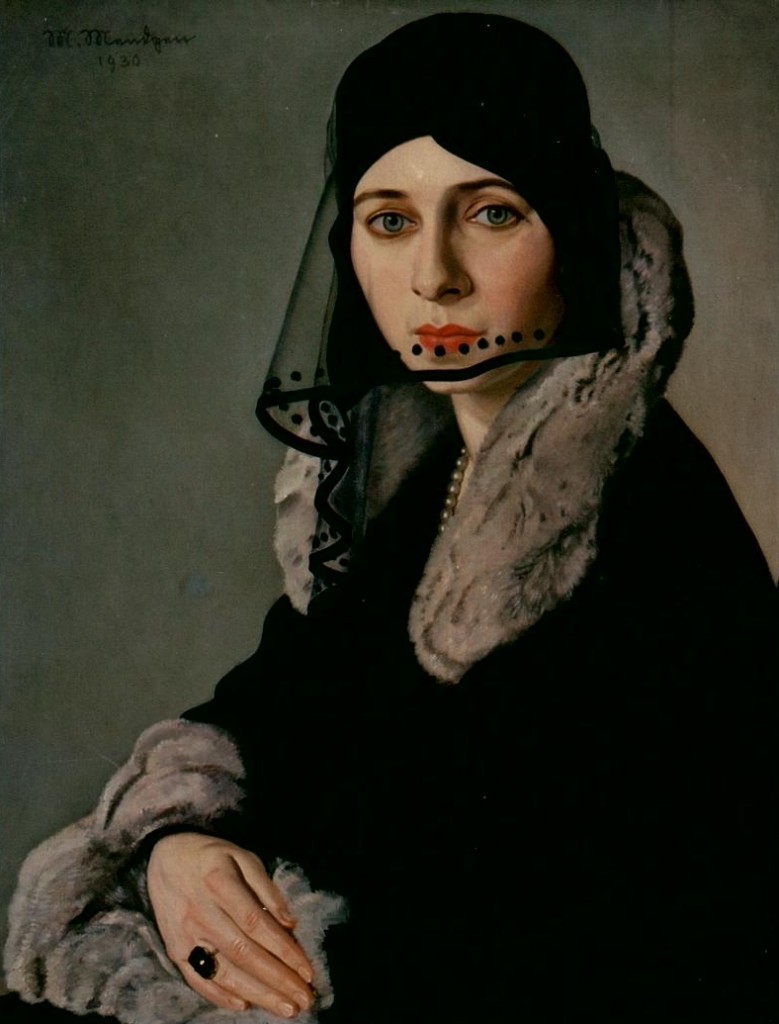 This painting lives through its contrasts: the light backdrop, the black coat, the light face, the black hat. The only spots of color are the lips and the eyes. You should try to recreate this very reduced, typical "new objective" atmosphere - and you'd be surprised by the magical and mysterious deep portrait you will create! And yes, a black veil would help, too.

This painting shows a fashionable lady from the late 1920s in mourning.  She is wearing a black coat with grey fur, a hat and a black veil. The striking realism of the painting is typical for the post-expressionist movement in Germany at that time. This new realism in art is called “Neue Sachlichkeit” or “New Objectivity”.

Rather than some goal of philosophical objectivity, it was meant to imply a turn towards practical engagement with the world, an all-business attitude, understood by Germans as intrinsically American: “The Neue Sachlichkeit is Americanism, cult of the objective, the hard fact, the predilection for functional work, professional conscientiousness, and usefulness.”

The Nazi authorities condemned much of the work of the New Objectivity as “degenerate art” and many artists went into exile after the Nazis seized power in 1933. The painter Martin Mendgen, though, fell for the official art of the Third Reich and became an ardent disciple of German propaganda.