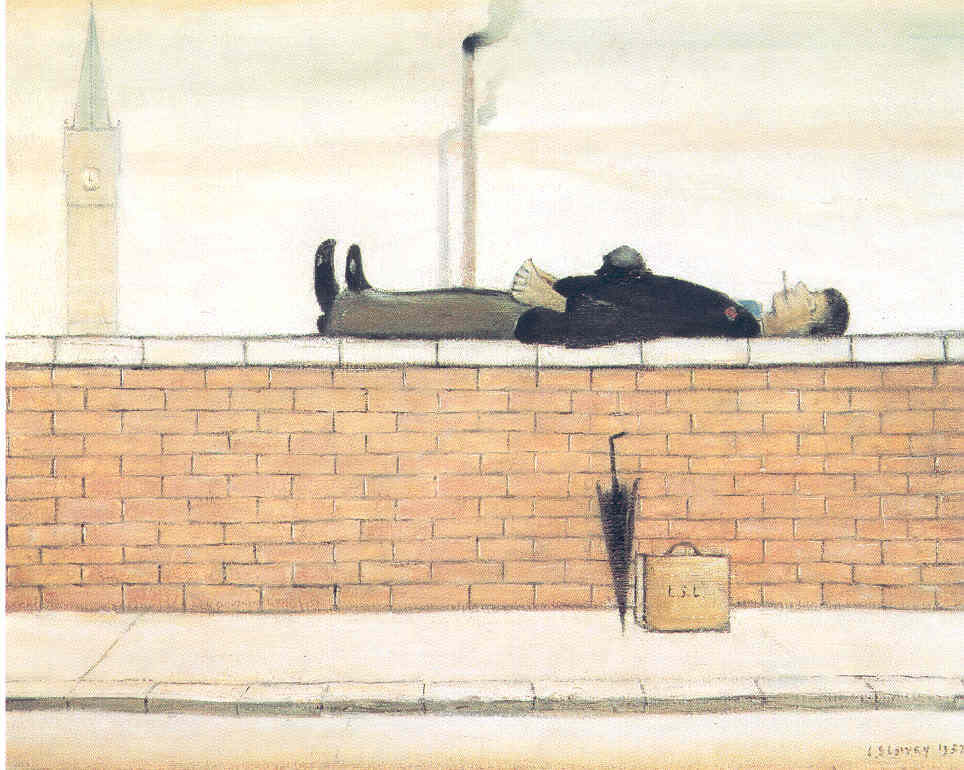 Why not take a quick breather on your way home from the office. We like you to go to great lengths on VanGoYourself, but not great heights. Be careful!

‘People … refuse to believe me when I tell them I saw a man dressed just like that, doing just that, from the top of a bus … It was the umbrella propped against the wall which caught my eye and prompted the picture … The chap was well-dressed and obviously enjoying the smoke and his rest. I couldn’t resist doing him as a subject.’ Lowry has added his own initials on the man’s briefcase.