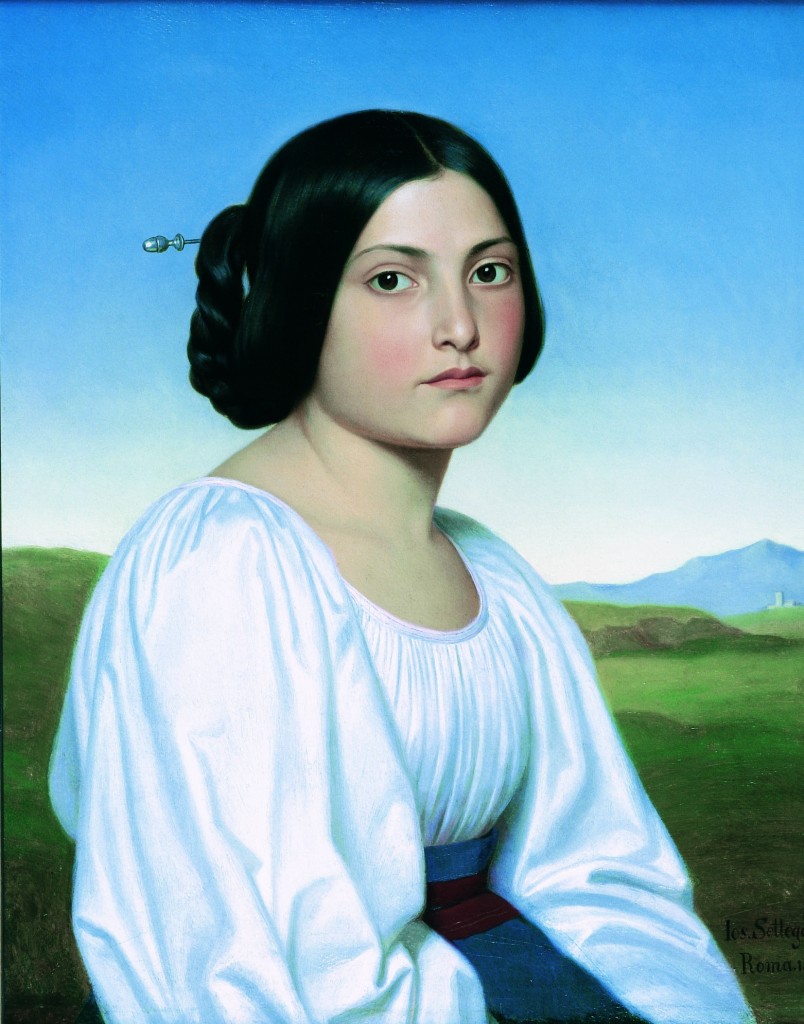 This portrait is very classical and fairly simple to recreate. Yet, you need to pay attention to your hairdo and the dreamy, yet intense expression in your face. Find a nice landscape as backdrop – or maybe a scenic wallpaper?

Settegast was part of a romantic-religious artistic group, called “the Nazarenes”. They aimed to revive honesty and spirituality in Christian art. The name “Nazarenes” came from a term of derision used against them for their affection of a biblical manner of clothing and hairs style. The artistic programme of the Nazarenes was to exert considerable influence in England upon the Pre-Raphaelites.

In Rome the group lived a semi-monastic existence, as a way of re-creating the nature of the medieval artist’s workshop. Josef Settegast has also spent many years in Rome where he created this portrait of a young Italian woman (“Bildnis einer Italienerin”) in 1842.

Although the portrait looks very naturalistic at first glance, it has been painted in the Nazarene spirit and is full of symbols, metaphors and allusions: the white blouse and the black hair of the model, for example, should be seen as metaphors for her proud character. As the colour blue is the symbolic colour for the Virgin Mary, the blue skirt and the blue sky could be interpreted as the representation of the spiritual connection of the young woman to the female ideal of the Nazarenes, the Madonna, queen of the heavens.