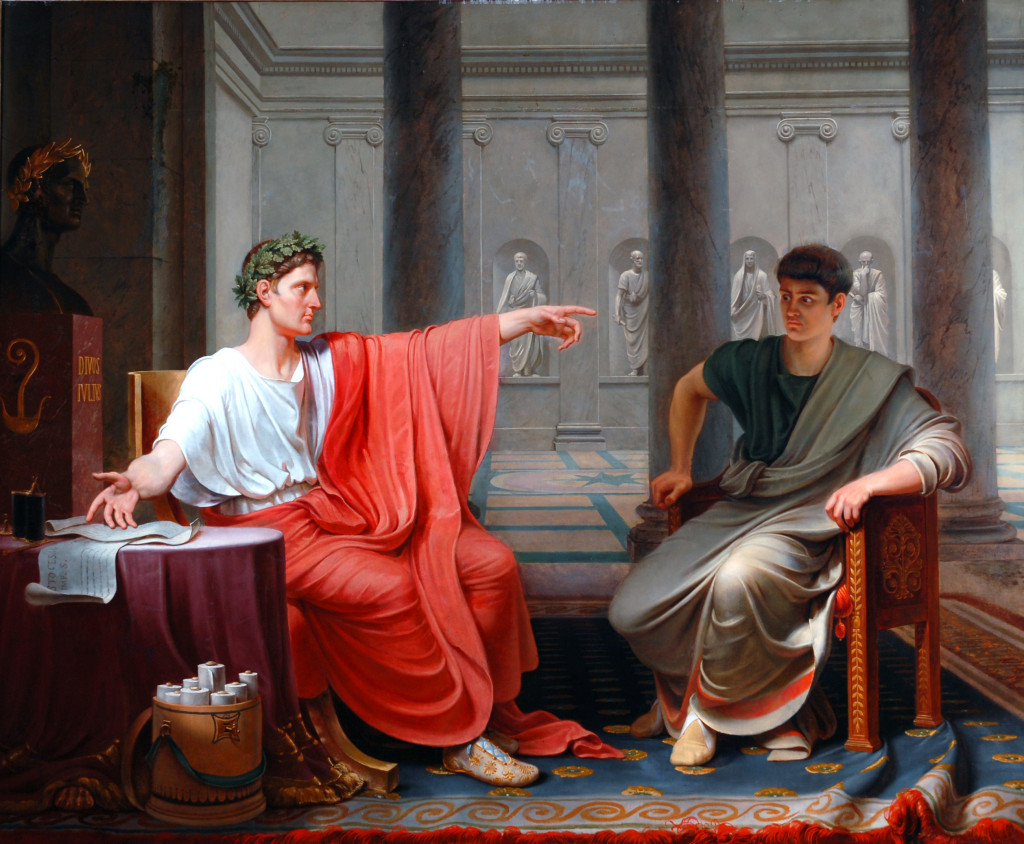 Use bedsheets and blankets to recreate the flowing togas. Maybe use an old Christmas wreath to replicate Augustus' laurel leaf crown. Replicating the shock and dismay on Cinna's face and the stern expression of Augustus is key to recreating this painting.

This painting by French painter Delécluze depicts  the moment when Roman Emperor Augustus confronts Cornelius Cinna about his role in a conspiracy to assassinate the Emperor. The scene is modelled after a scene from the play Cinna by French tragedian Pierre Corneille, one of the three great seventeenth-century French dramatists along with Molière and Racine.

Although Cinna’s pose reveals his anxiety at being found out. he needn’t have worried. Despite Augustus’ stern pose, he actually pardoned Cinna and gave him a seat in his government.

After the assassination of Julius Caesar in 44BC, his great-nephew Octavian was proclaimed his heir and became the first Roman Emperor under the name Augustus. Cornelius Cinna was the brother of Julius Caesar’s wife and it was in 4AD that he plotted to assassinate Augustus. At that time, Augustus would have been about 65 years old, so it’s unlikely he would have really looked so youthful! Augustus kept a tight control on how he was depicted in official art  throughout his reign, ensuring that his image remained youthful and idealised right until his death.