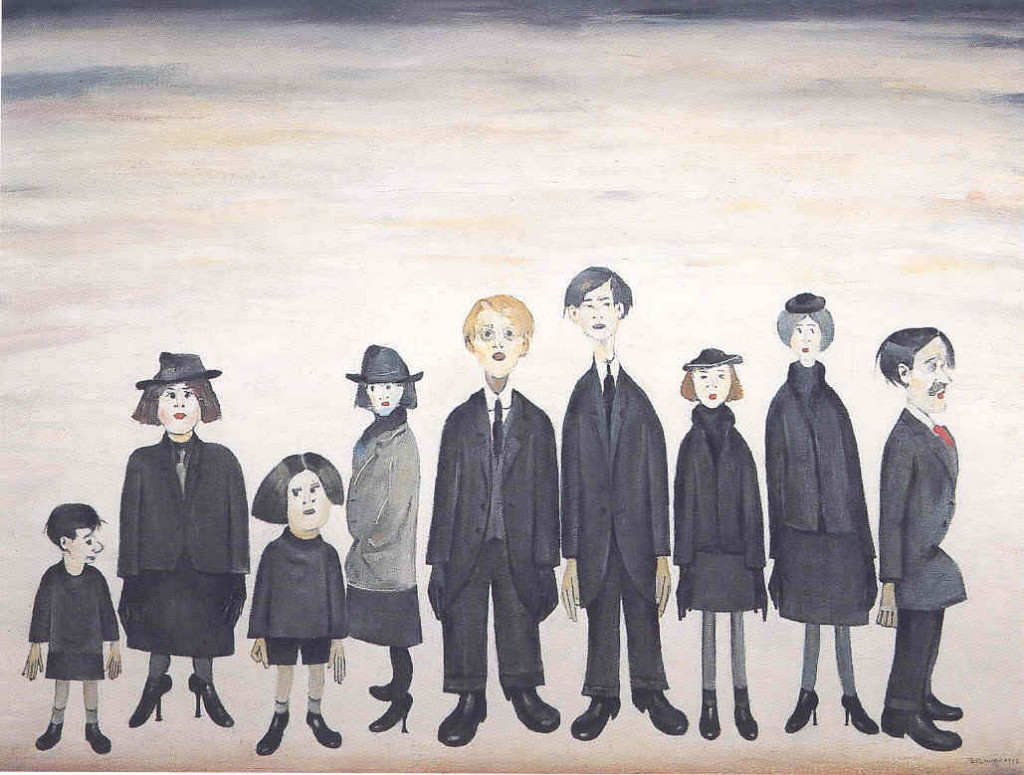 You don't need a sombre ocassion to capture a grey scene in the UK!

In 1957 the News Chronicle described The Funeral Party as ‘a painting with all the love and compassion drained away.’ Lowry himself entertained listeners with his explanation that the man on the right is being treated as an outcast for coming to the funeral in boots and a red tie. The initial idea for the painting seems to have come from Lowry’s fascination with Pirandello’s play Six Characters in Search of an Author which he saw several times. The characters arrive on stage dressed in mourning.